Honda Will Now Deliver HR-V in June 2023- Not January!

Honda Atlas just launched the new HR-V crossover in Pakistan priced at PKR 59.99 lac for base variant and PKR 61.99 lac for the up-spec S variant. Booking of the new Honda HR-V was open against Rs 13.0 lac whereas deliveries were supposed to commence from November 2022 on first-booked basis. However the units booked after October were to be delivered from January 2023, according to the company sources.

Now as speculated in our earlier article, Honda has pushed back the delivery of new HR-V to June 2023. This was revealed by journalist Omar R. Quraishi who took to Twitter to share an experience of his relative regarding the launch of new HR-V.

A relative went to Honda Defence in Karachi after hearing of the HR-V model’s release – the vehicle costs Rs 6.2 million & you have to submit an advance of Rs 1.3 million to book your vehicle
The model was unveiled last Fri (Oct 21) & by Monday customers were told of Jan delivery

According to information shared by Omar, his relative went to the bank to make the pay order & deposited it at the dealership on Tuesday 25th October. By afternoon, a call was received from the dealership informing that delivery had been pushed to June 2023 instead of January 2023 as committed earlier.

As usual, customers who collectively paid billions to a company launching new car in Pakistan will suffer. Assemblers can have the money, earn huge bank interests on deposits, can delay the deliveries and may slap any additional price increase on to the customers who will have no choice but to pay the extra price. This also elevates the game on premium/ on-money since the initial batch of vehicles will be sold to the customers at a much higher price than that on the invoice. 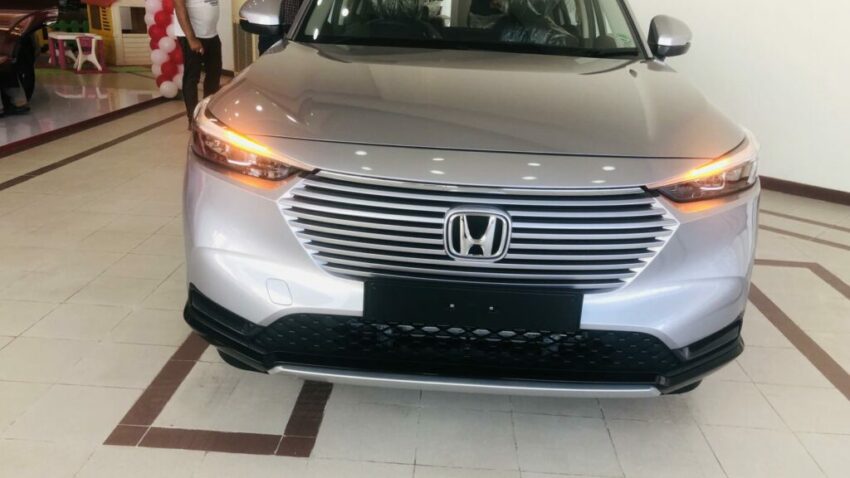 As a matter of fact, Honda was never in position to deliver the new HR-V due to supply chain issues highlighted in our earlier article. According to Reuters, Honda is cutting back vehicle production by up to 40% at its Saitama plant in Japan and 20% at a factory in Suzuka. The cutbacks will affect the production of many of its vehicles including the new HR-V.

Related: The Ifs & Buts Regarding Honda HR-V Launch in Pakistan

In Philippines too, the deliveries of HR-V have been delayed because of “a global parts shortage that continues to hamper production volume” according to a statement issued by Honda Cars Philippines Inc. (HCPI). The situation has gotten so bad that HCPI is recommending the people waiting in line for the HR-V to consider the rest of its line-up. 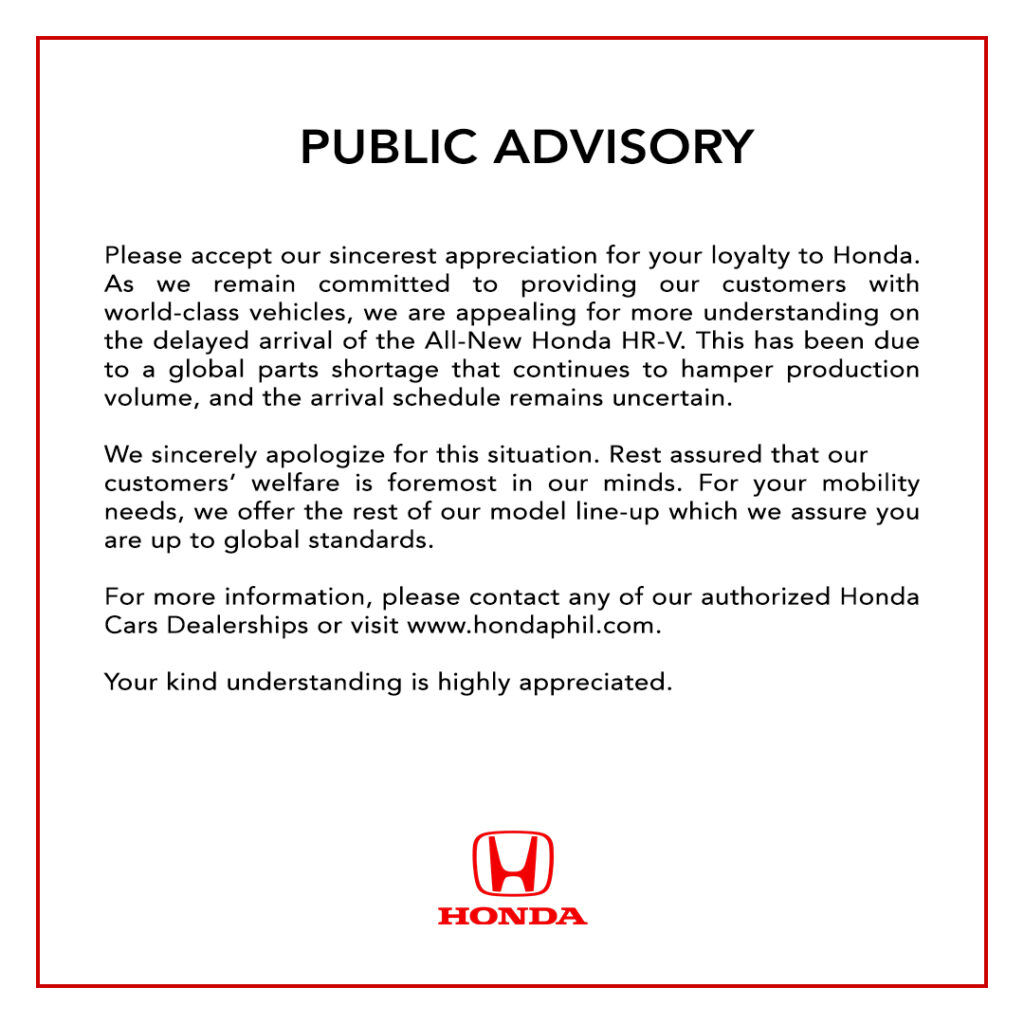 Besides global supply chain issues, the import restriction enforced by the State Bank of Pakistan should also be a major concern. Due to the restrictions on the import of CKD parts, most assemblers are forced to observe plant shutdowns due to lack of required parts in hand. Since the production of currently available models is already hampered, expecting smooth deliveries of a newly launched vehicles was indeed a sheer fantasy.

What is your take on the immense delay in deliveries of new Honda HR-V in Pakistan, let us know with your comments.