The all-new Suzuki Celerio was launched in India by Maruti Suzuki last month. This is the second generation model of the hatchback which comes as a replacement of 1st gen Celerio that debuted back in 2014.

The new Celerio benefits from a host of changes from its exterior styling to the interior & features, however it is its ARAI (Automotive Research Association of India) certified mileage of 26.68 km per liter that made the biggest headlines. In a time when global petrol prices are reaching record levels, this is a very key factor which could propel the sales of new Celerio.

According to CV Raman, Chief Technical Officer (Engineering) at Maruti Suzuki, a combination of factors helps the new Celerio extract a longer distance per liter of fuel. He said:

“There is the new K10 engine which has been improved to deliver this fuel efficiency. We have tried to reduce the frictional losses, we have tried to improve the combustion efficiency and the volumetric efficiency, reduced the other losses which are there. In order to do all this, various equipment have been put into this like dual-injector, VVT and integrated exhaust manifold, cooled EGR. The valve-train has been changed. So its entirely a new engine that has been put into the vehicle.”

Raman also points to several factors such as a more aerodynamic profile, improved tires for reduced rolling resistance and others which help the Celerio to produce such an impressive fuel economy figures. 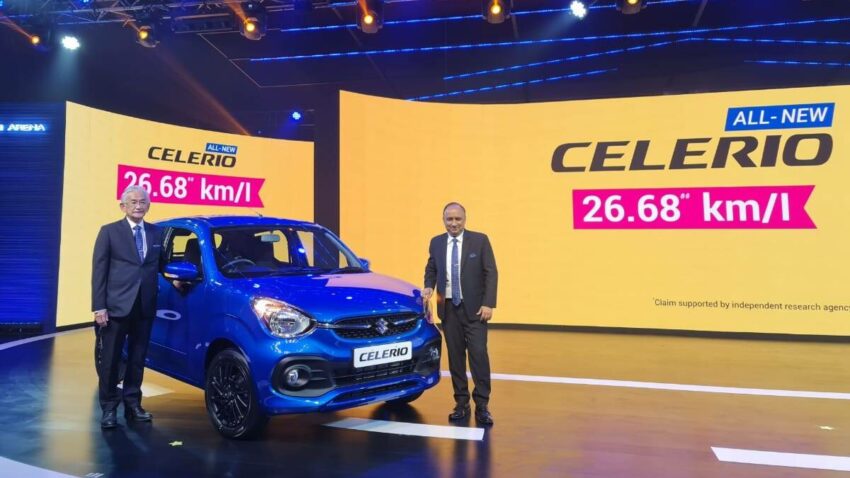 Also interesting is the fact that how technology has improved the efficiency of modern vehicles. Delivering more than 20 km in a liter has become a norm and as the boundaries are being pushed, the internal combustion engines in small cars are getting close to achieving nearly 30 km in a liter while hybrids & other electrified assistance will bring the numbers to a near-ideal range.

Related: Honda Brio- Small & Efficient But Not for Pakistan

This is also a concern for us since cars produced here in our market are barely able to achieve such results. With obsolete technology and low-quality fuel, we consume a lot more fuel than other parts of the world thus burdening the import bill. A lot needs to be done to uplift our auto-sector which since decades is “assembling” obsolete tech against sky rocketing prices. Perhaps its time we move towards fuel efficiency as a primary requirement besides safety, and the government may offer incentives based on the fuel efficiency of a vehicle much like they do in Thailand.