The 12th gen Corolla in Japan continues to be offered in three body styles including the regular Corolla (sedan), Corolla Touring (wagon) and Corolla Sport (hatchback), all of which receive visual, mechanical and equipment revisions in the facelift iterations. 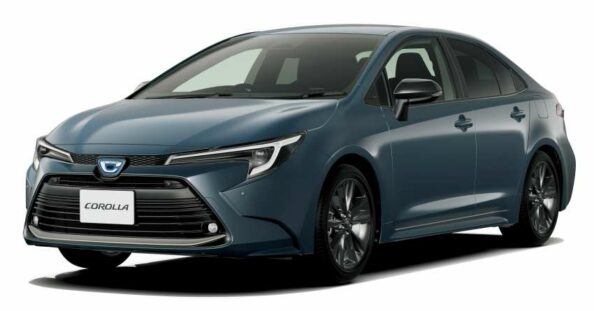 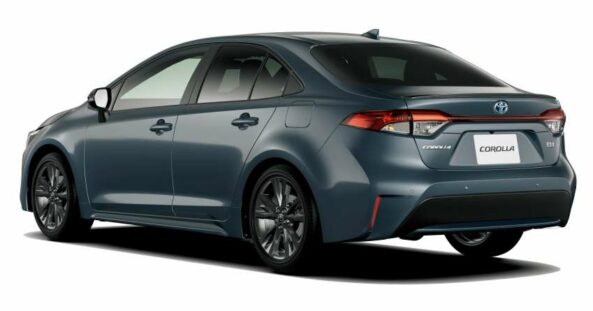 Exterior revisions include a revised LED DRL signature that is unified as a single element rather than being separated as before. The Corolla and Corolla Touring both share the same face as the Levin sold in China, but the large lower intake in JDM versions come with horizontal bars instead of honeycomb inserts. 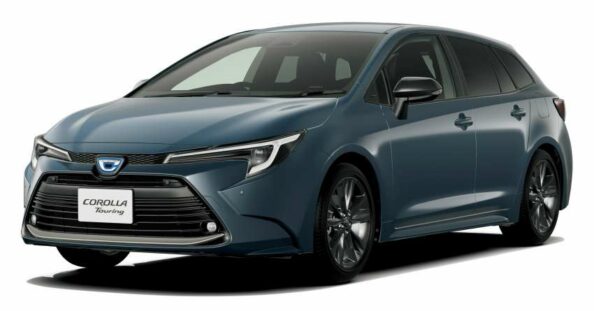 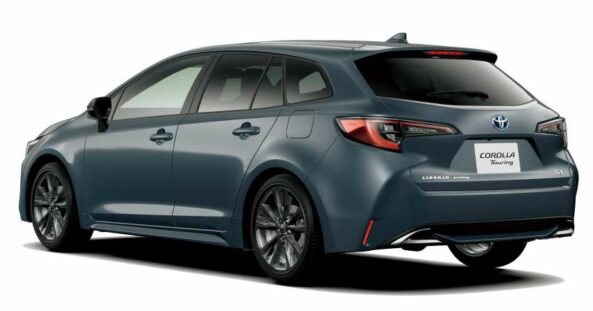 On the other hand, the Corolla Sport (hatchback) which is similar to the Corolla hatchback sold in European and North American markets, receives a more expressive front apron with more prominent fog lamp surrounds as well as an arrow-themed insert for its lower intake. The side profile and rear-end of all 3 models remain pretty much identical to the pre-facelift versions. 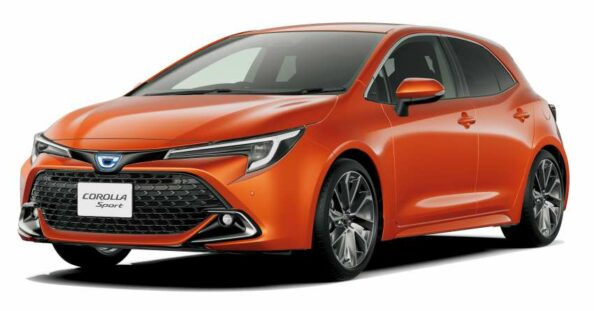 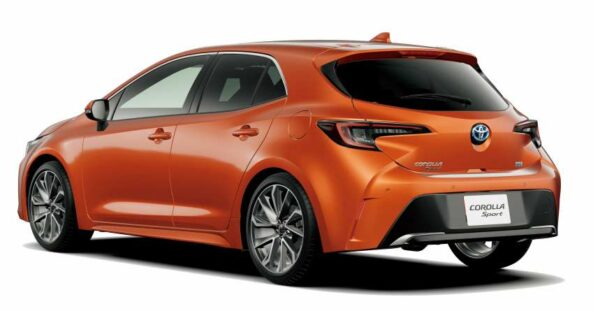 Inside, the interior in terms of design remains same but infotainment systems have been upgraded. As before, there are 2 display sizes to choose from, including 8-inch Display Audio and 10.5-inch Display Audio Plus units, both now with wireless Apple CarPlay and wired Android Auto support. 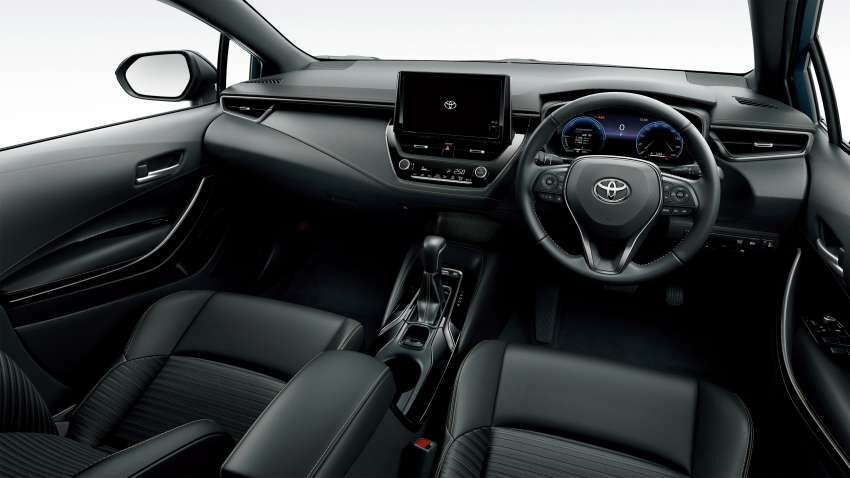 In terms of safety, junction support has been added to the Toyota Safety Sense pre-crash system, which now allows detection of oncoming vehicles when turning right at an intersection as well as pedestrians crossing the road when turning left or right. Proactive Driving Assist also joins the suite to support the driver’s steering and braking to avoid getting too close to pedestrians, bicycles and parked vehicles.

All three body styles are available with hybrid power. The setup consists of an Atkinson-cycle 2ZR-FXE 1.8L four-cylinder engine that generates 98 hp of power and 142 Nm of torque, which is now augmented by a more powerful 1VM electric motor rated at 95 hp and 185 Nm. The hybrid powertrain comes with an e-CVT to send drive to the front wheels, although the Corolla and Corolla Touring can also be had with the E-Four all-wheel drive system that adds a rear 1WM electric motor with 40 hp and 84 Nm. 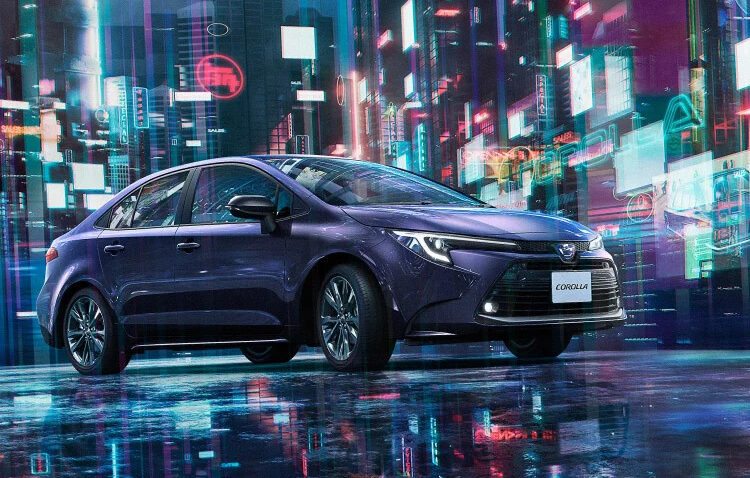 In addition to the revised hybrid powertrain, the Corolla and Corolla Touring also receive a new 1.5L Dynamic Force naturally-aspirated three-cylinder petrol engine to replace the previous 2ZR-FAE 1.8L four-cylinder unit. The M15A-FKS powerplant is already deployed in the latest Sienta as well as the Yaris and Yaris Cross. This engine serves up 120 hp and 145 Nm and is pared to Toyota’s Direct Shift-CVT gearbox instead of Super CVT-i as in pre-facelift models. 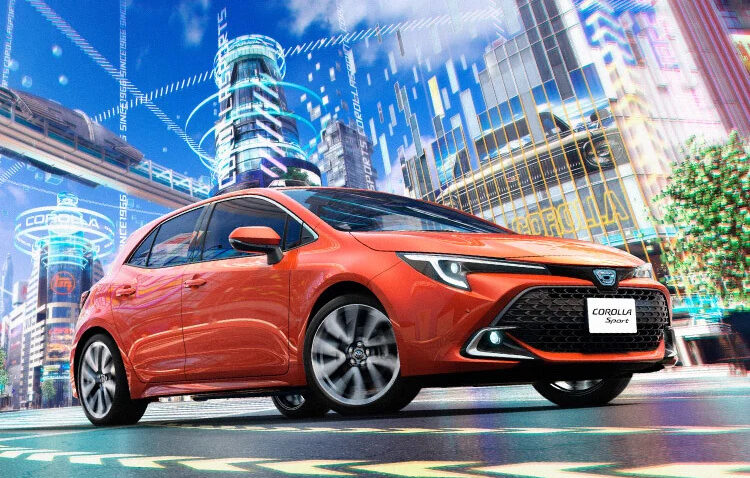 The Corolla Sport hatchback also gets a Dynamic Force engine to replace the previous 8NR-FTS 1.2L turbocharged four-cylinder unit. The new M20A-FKS is an Atkinson-cycle 2.0L four-cylinder unit that makes 170 hp and 202 Nm, paired with a Direct Shift-CVT only – the turbo engine was previously available with either the Super CVT-i or 6-speed Intelligent Manual Transmission (iMT). 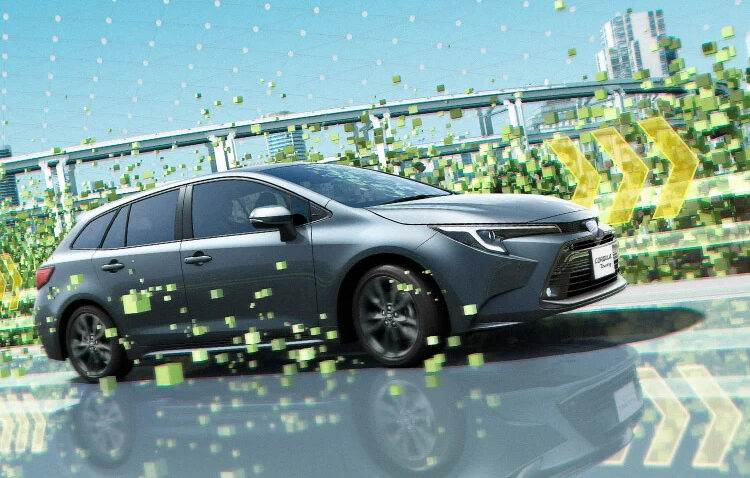