Toyota Prius is the world’s first mass-produced hybrid vehicle and without any doubt is the most successful hybrid car on the planet. Since the first generation model that debuted in 1997, the sales of Prius has increased over all these years, so much that despite numerous other options which emerged in later years, the Prius is still the highest selling hybrid car of the world.

The current 4th generation model has been around since 2015 and has completed 6 years of its lifespan. More importantly, since the Prius nameplate will be completing 25 years in 2022, there won’t be a better way than to celebrate the occasion with the launch of 5th generation model, and that’s exactly what Toyota seems to have in their plans.

Related: The History of Toyota Prius

For the first time, the renderings of next generation Prius has surfaced the internet, courtesy BestCarWeb.jp which is considered among the most authentic Japanese automotive portals. The speculative images show us quite an appealing design theme which while retaining the sharp styling of the 4th gen model, is evolved into smoother yet elegant looking car. The fascia has slim C shape LED lighting signatures, which are similar to what we have recently seen in the Toyota Aygo X crossover. The rear end seems to have taken inspiration from the new Mirai FCV. 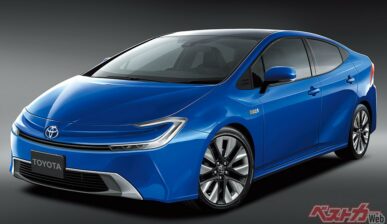 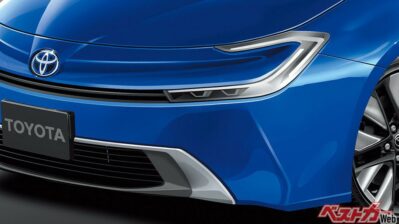 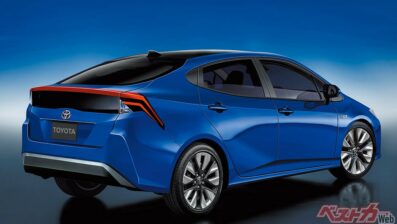 According to information, the new Prius will sit on the improved TNGA-C modular platform, and will feature enhanced technologies benefiting its hybrid & PHEV setup while further improving its safety systems. It is also being reported that Toyota will be developing a hydrogen powered Prius in a move to achieve carbon neutrality without going towards full electrification. However the Hydrogen Prius will become production-ready in a couple of years time and will join the lineup when the 5th gen Prius facelift comes out.

Toyota believes technological breakthroughs, such as hydrogen engines, can give internal combustion a new lease on life, saving jobs as well as the environment. According to Toyota President Akio Toyoda:

“We are developing powertrains in multiple directions. One of them is the hydrogen engine that is currently installed in the Corolla which is challenging in the Super Taikyu race. I, as the chairman of the Japan Automobile Manufacturers Association, have been asking the government to take the correct steps and increase the number of carbon-neutral options. This is because, if all cars become battery-electric, one million jobs will be lost in Japan.“

Toyota Prius is sold in over 90 countries, with Japan and the United States being its largest markets. Global cumulative sales of Prius reached 1 million vehicle milestone in May 2008, followed by 2 million in September 2010, and surpassed the 3 million mark in June 2013. Cumulative sales of Prius stands at more than 4.6 million units today. It is the winner of several international automotive awards primarily due to its powertrain and fuel saving technologies.