As reported earlier, Porsche and Pixar, to celebrate the 20th Anniversary of “Sally Carrera” – one of the stars of the animated film series, Cars –  were collaborating to build a modern-day reincarnation of the famed 2002 model 911 Porsche-bodied female lead. And now the Porsche 911 Sally Special has been officially unveiled.

The one-off example will be auctioned on 20 August 2022 as part of Monterey Car Week in California. Auction proceeds will be donated to two charities– a portion of the proceeds will benefit young women through a donation to Girls Inc. The second portion will go to USA for UNHCR, an organization that supports refugees from Ukraine. 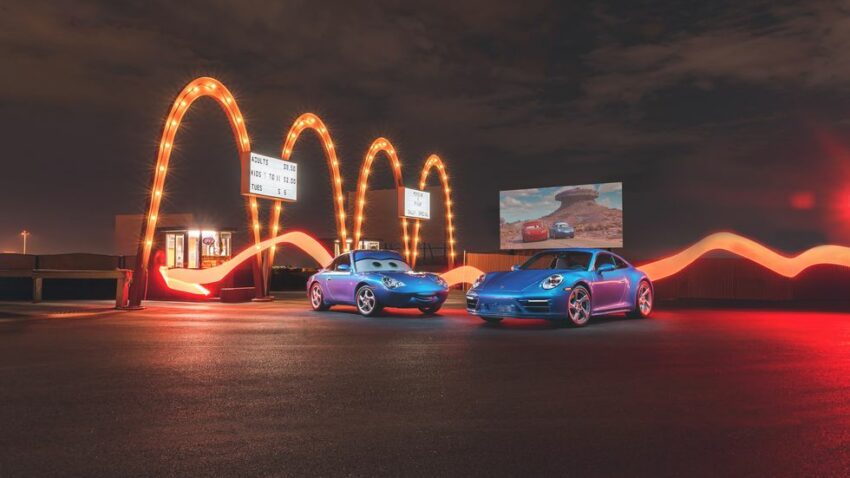 “Vehicles need a face and a story. And the animated Pixar’s film ‘Cars’ has impressively transferred done just that: brought cars to life on the big screen. The story conveys values such as friendship, love and mutual support – and in the middle of it all is a Porsche: ‘Sally Carrera’. Together with Pixar we have brought the spirit of Sally to life in a new way, not on the screen, but off the screen. With this one-off street legal 911, the ‘Sally Special’, which we are auctioning for charity, we want to help people who urgently need support, quite in keeping with the spirit of the film character.”

The project started in November 2021 and united members of the original Cars team that brought both the film character and life-size Sally Carrera to life from more than 20 years ago. The team included Jay Ward, Creative Director of Franchise at Pixar Animation Studios, and Bob Pauley, the Production Designer who first drew Sally Carrera for the Cars film. They were assisted by members of the Sonderwunsch team at Porsche Exclusive Manufaktur in Stuttgart and designers from Style Porsche in Weissach. 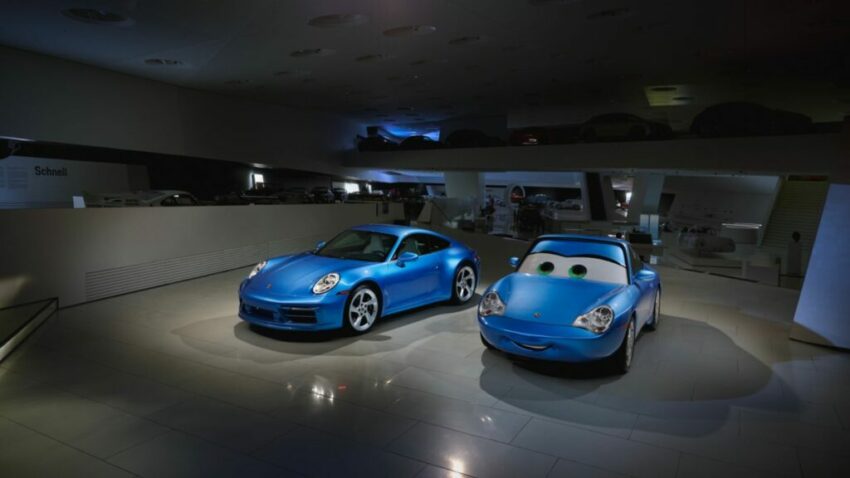 The team worked together for 10 months and the result is a unique factory one-off. Commenting on the accomplishment to develop the Sally Special, Jay Ward said:

“We had great fun creating 911 Sally Special and it’s the first time we’ve worked on a project of this kind. We decided early on that we wanted to create a completely drivable 911 – inspired by Sally Carrera, but just not an exact copy. Sally Carrera loves to drive – that was our inspiration. We asked ourselves: if Sally were built today as a road-approved model, what would she look like?”

Based on the 473 hp Carrera GTS trim, the 911 Sally Special incorporates certain 996-generation design staples including silver headlight surrounds, as well as rear badging and staggered 5-spoke alloy wheels that mimic those of Sally (the 911s of that era). Porsche and Pixar, however, refrained from fitting the Sally Special with big eyes and a mouth in place of a windshield or front grille. Still, the most notable element of the 911 Sally Special is its recognizable Blue Metallic hue, a distinct color that requires hand application. The Sally Blue Metallic color also spreads to additional areas of the car’s front and rear, the interior as well as the engine lid. The one-off model also wear decals that matches the back-tattoo-like pinstripes of Sally from the movie. 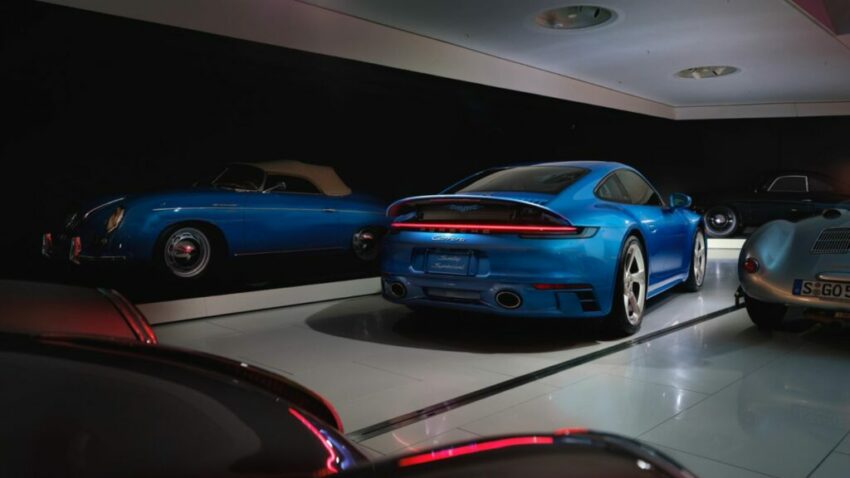 Like its exterior, the Sally Special’s interior also features an array of custom touches. Sally Blue Metallic color decorates the cabin’s trim pieces and complements Chalk leather seats that include Speed Blue and Chalk stitching and Pepita inserts. Chalk and Speed Blue dot other parts of the Sally Special’s insides, with the former making up the lower dashboard and the latter finding its way to the steering wheel’s center marker and the shift pattern display of the 7-speed manual transmission’s gear knob. 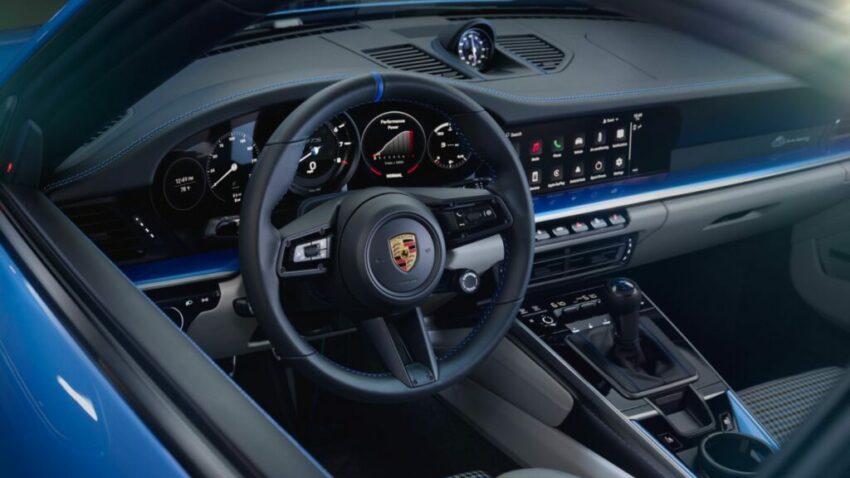 Other distinct details include a printing on the dashboard above the glovebox denoting the car’s special nature, backlit Sally Special doorsill guards, and a unique “Kachow Mode” that replaces the typical Sport Response button on the car’s steering-wheel-mounted drive mode switch. 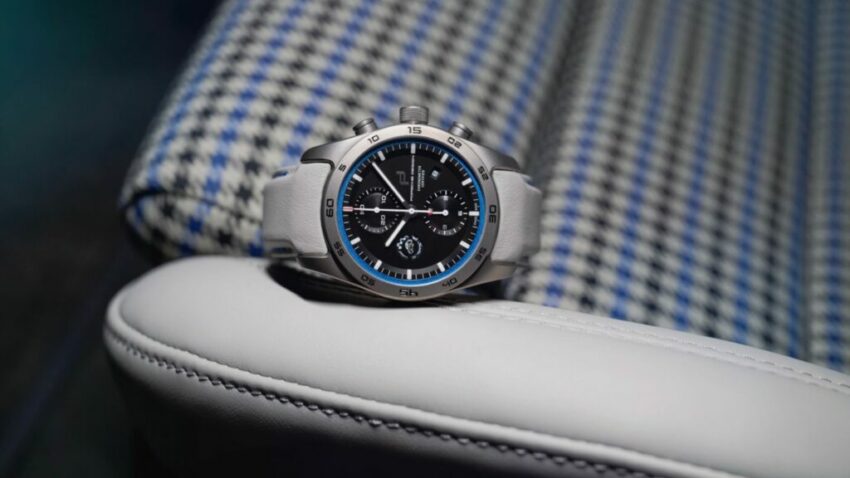 Lastly, also have a matching  COSC-certified Porsche Design watch, was precision engineered and manufactured at Porsche’s own watchmaking facility in Solothurn, Switzerland. Plus a second set of wheels—including a custom-made rack—to mount track tires on, a unique car cover, the car’s original color molds and its show plates, and a special book filled with information charting the development of the Sally Special. 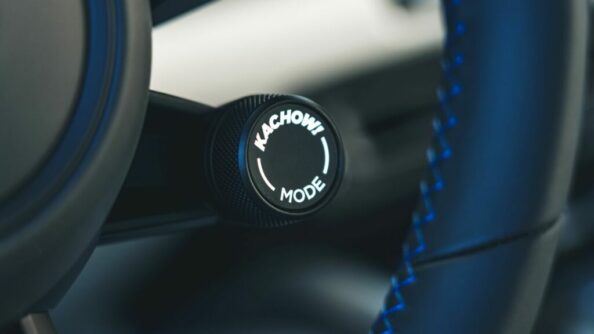 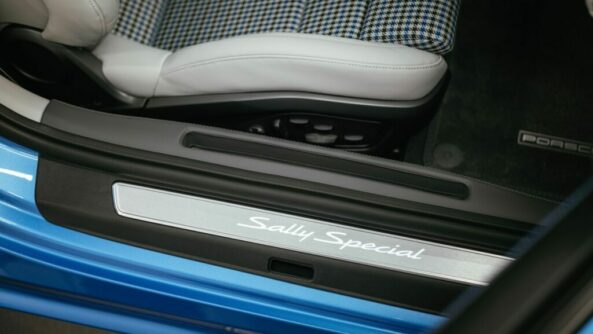 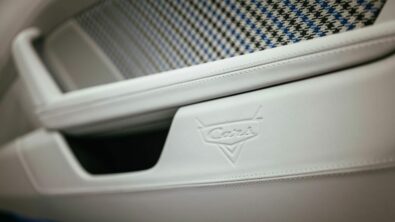 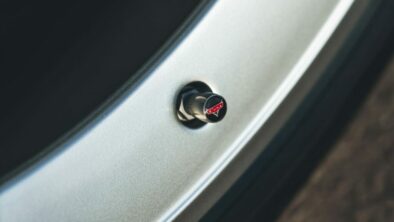 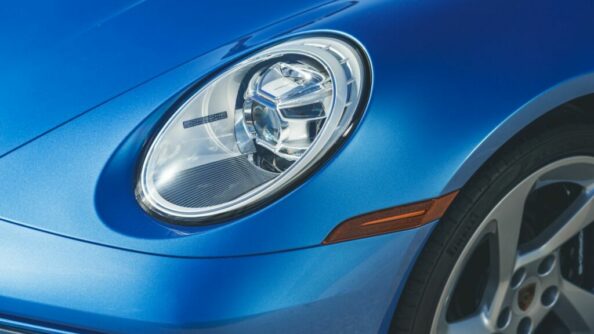