Renault Kiger has achieved the 50,000 units production milestone in India. The feat was accomplished within just 16 months of presence in Indian market. The Kiger subcompact crossover SUV was introduced in India back in February 2021 bearing a price tag of INR 5.45 lac.

To commemorate the milestone, Renault has introduced a new Stealth Black color and rolled out the 50,000th unit in this new shade from its plant located in Chennai. Commenting on the achievement, Venkatram Mamillapalle, Country CEO & Managing Director Operations of Renault India said:

“Offering a strong value proposition in terms of distinctive design, smart features, leading safety, quality and performance, Renault Kiger has found widespread acceptance among its customers. It has proved its mettle in the most competitive compact SUV segment in India and the 50,000th production milestone, despite the pandemic and ongoing semiconductor crisis, is yet another testament to the success of Renault Kiger in this challenging segment. This Sporty, Smart & Stunning SUV is an important contributor to our progress in India and has been instrumental in placing India among Renault’s top 5 global markets. We are confident that Renault Kiger will continue to garner tremendous customer response and further bolster the brand’s growth in India and overseas.” 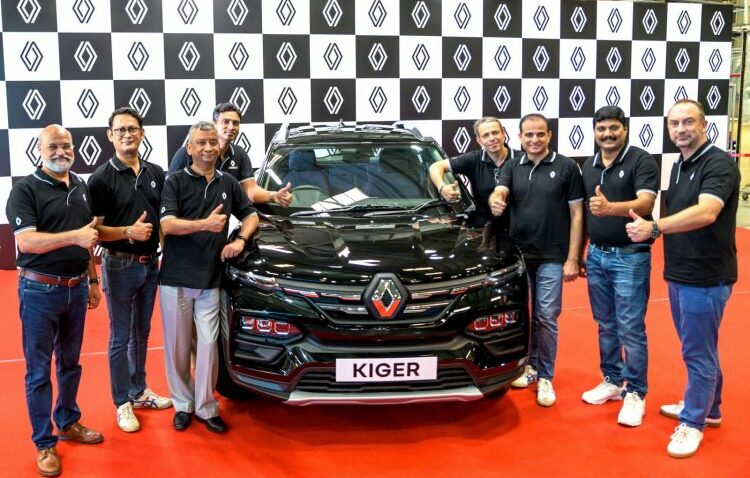 Earlier this year, the Kiger was updated in India with new features including cruise control and wireless phone charging, whereas more significant being the PM2.5 Advanced Atmospheric Filter which is now being offered as standard across all variants. Other features already offered with Kiger include 8.0-inch floating touchscreen with Apple CarPlay & Android Auto, with voice commands support and allows up to 5 devices to be connected via Bluetooth. A multi-function steering wheel & a 7.0-inch TFT digital instrumentation display, air purifier (optional), wireless charging (optional), Arkamys sound system, automatic climate control, ambient lighting, keyless entry, push-button stop-start and wireless Smartphone replication are also offered with the Kiger. Renault Kiger which is a mechanical twin of Nissan Magnite, enjoys a 4-star safety rating from Global NCAP, which is mostly due to the robust construction and the world-class CMFA+ platform. Developed in collaboration between the design teams in France and India, Renault Kiger is the third global car to be launched in India first, before it was introduced in the rest of the world. 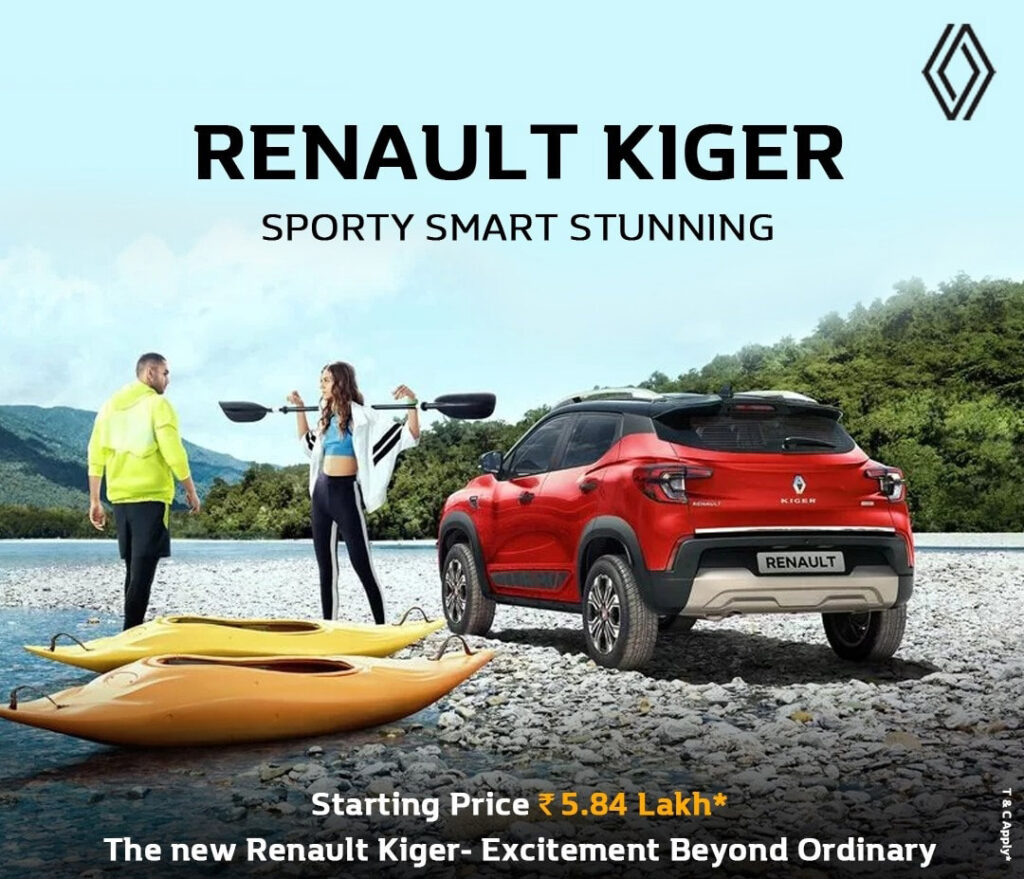