Sazgar is on the verge of introducing the BAIC BJ40 SUV in Pakistan. The company on its official Facebook page has posted a video asking its followers to stay tuned for a formal launch very soon.

BJ40 will be the first product to be introduced in Pakistan by the Sazgar-BAIC venture which enjoys Greenfield investment status. The test production at Sazgar-BAIC plant was already commenced in May 2021 with locally assembled units rolling off the assembly lines prior to the official launch.

Related: Commercial Production of Sazgar-BAIC Vehicles to Commence in September

The company has also recently informed the Pakistan Stock Exchange (PSX) that it will commence commercial production from 1st September 2021. This also appears to be a sound strategy by Sazgar to launch the products when they are fully ready to do so, unlike Proton which launched the vehicles (X70 in December 2020 and Saga in February 2021) without their plant in operational condition and is still unable to make deliveries even after several months of launch. 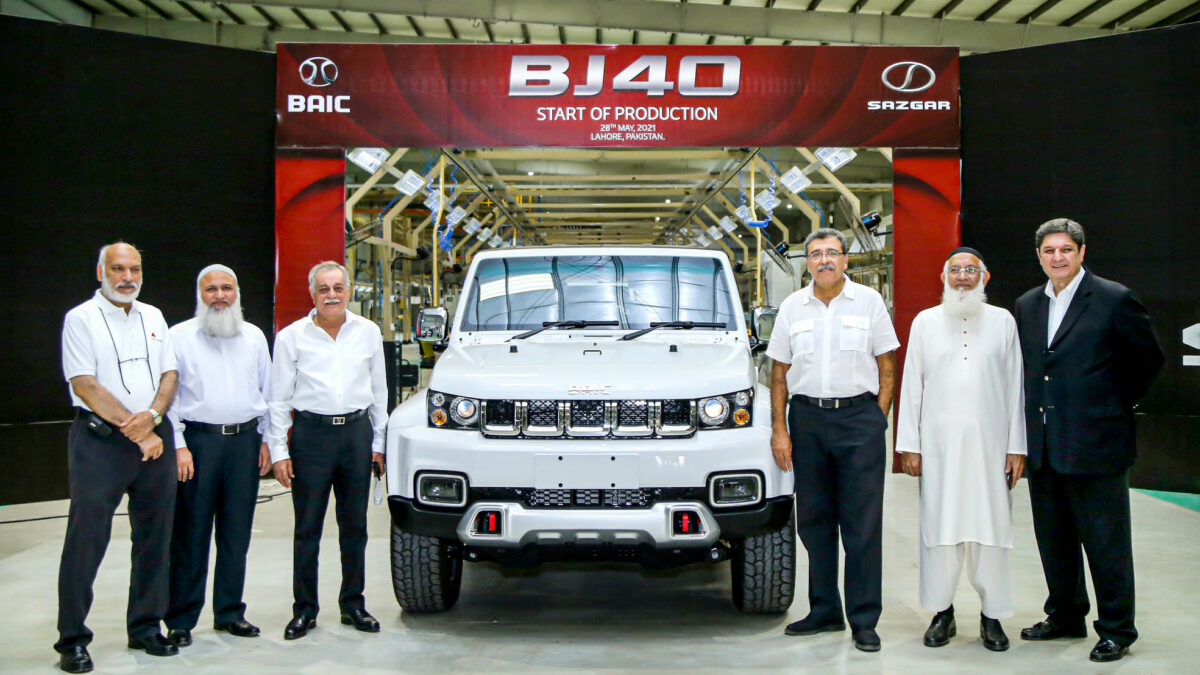 The BAIC BJ40 is a proper off-roading vehicle with a ladder-frame chassis, high ground clearance and a decent approach angle. The local assembled BJ40 will be powered by a 2.0L turbocharged 4-cylinder petrol engine that develops 218 hp of power and 270 Nm of torque mated to a 6-speed automatic gearbox. Power is sent to either front or all four wheels depending on the variant.

The vehicle will be well-equipped with dual-tone interior, digital speedometer, detachable roof, dual airbags, ABS+EBD, rear anti-spin differential, 7” touchscreen multimedia system with DVD/ MP3/ AUX/ USB, rear parking sensors & engine immobilizer etc. Official prices are yet to be announced but as per sources the BJ40 will cost around PKR 6.5 to 7.0 million. Further information will be shared as & when available, stay tuned to CarSpiritPK.