Sazgar-BAIC has announced an increase in the BAIC BJ40 Plus Price in Pakistan. The new price will be effective from the 1st of February 2023 on all new orders and bookings. Although the company hasn’t given a specific reason behind the price hike, the decision was most likely taken due to the worsening economic conditions in the country.

Sazgar launched the BJ40 Plus SUV in Pakistan in late 2021 and despite being in the market for over a year, it has been the slowest-selling product among locally assembled options. The locally assembled BJ40 is powered by a 2.0L turbocharged 4-cylinder petrol engine that develops 218 hp of power and 270 Nm of torque mated to a 6-speed automatic gearbox. Power is sent to either front or all four wheels depending on the variant. 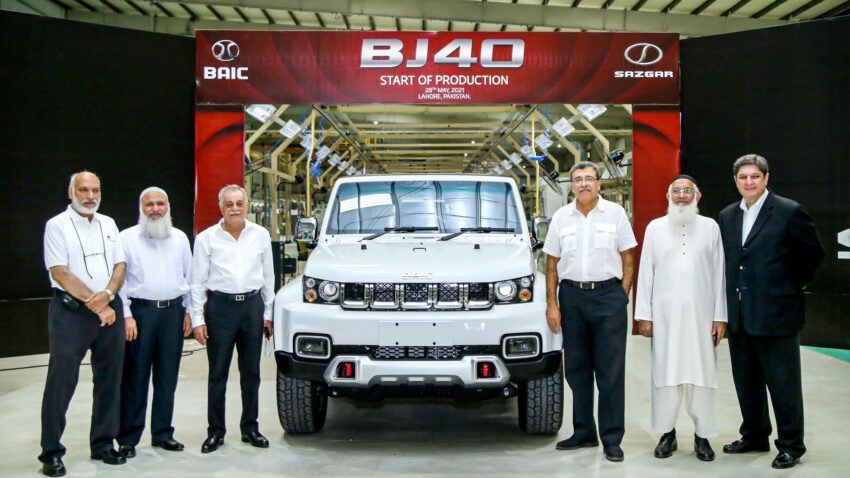 According to the data released by Pakistan Automotive Manufacturers’ Association (PAMA), Sazgar-BAIC has managed to sell only 54 units of the BJ40 Plus in Pakistan. That renders a monthly sales average of a deplorable 9 units a month. The company was supposed to introduce mass-market options such as the D20 sedan & hatchback and the X25 crossover (these were displayed multiple times at the PAPS show) but so far none has been able to see its formal launch.

Now with a price touching Rs 1 crore, the fate of the BAIC BJ-40 Plus SUV is quite uncertain in the market. Do you think the Chinese SUV will be able to survive? Let us know your comments.