Volkswagen has revealed design sketch of the second-generation Amarok pickup truck that is expected to go on sale in 2022. The development of new generation Amarok is the result of collaboration between Volkswagen Commercial Vehicles and Ford, the alliance between the two automakers was formed back in 2019.

The new VW Amarok will have lots in common with the next-generation Ford Ranger. As evident from the design sketch, the new Amarok will feature a dominating design compared to its predecessor; however the final production version will likely have less exaggerated details. Highlights include a large front grille that merge with the headlamps, a bulging bonnet, prominent wheel arches, chunky large off-road tires and a beefier suspension setup. 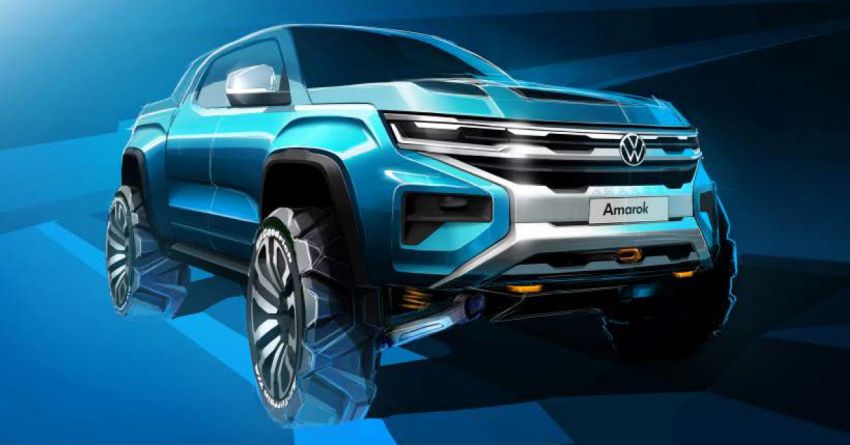 Related: Volkswagen to Start Producing Cars in Pakistan by 2021

The plant was supposed to become operational by 2021 to initially manufacture T6 commercial van and Amarok double cabin pickup in our country. However since then there is a complete silence on VW project in Pakistan.