Earlier in June, MG imported various CBU test units in Pakistan including the MG5 and MG6 sedans, RX8 SUV and the Marvel R electric SUV. Although most of the vehicles were spotted on various occasions and their images were shared by MG Pakistan & Javed Afridi on his social handles too, the MG6 was absent from the scene.

Now for the first time, the MG6 has made its appearance and has been put on display at the MG Lyallpur Motors in Faisalabad. And like all other MG cars that we have seen in recent years, the MG6 too, is extremely impressive. Let the pictures do the talking first. 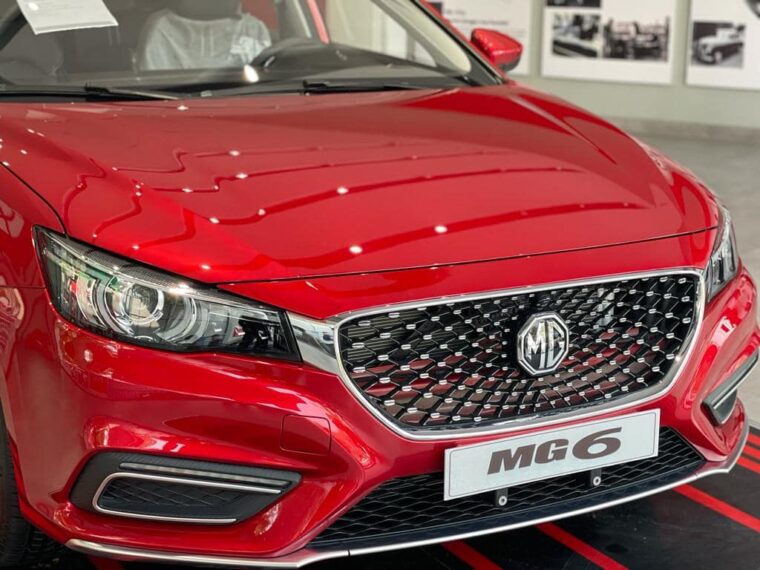 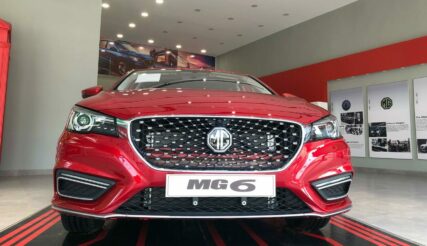 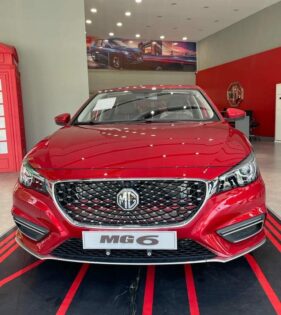 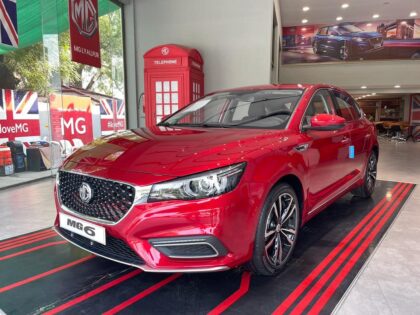 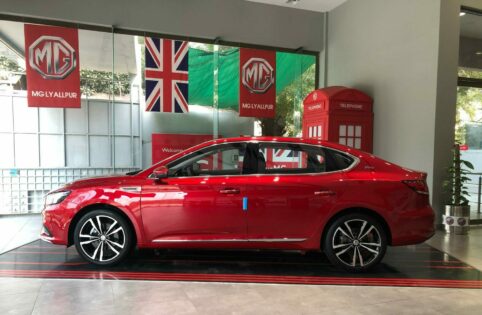 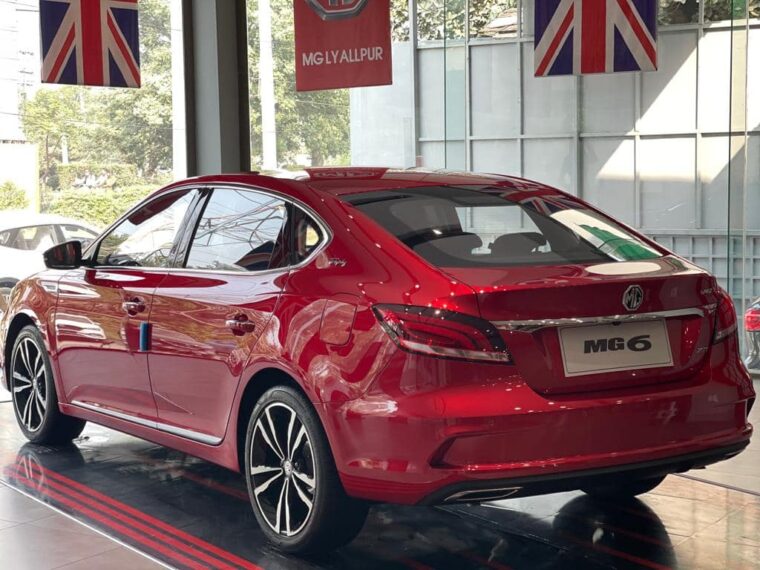 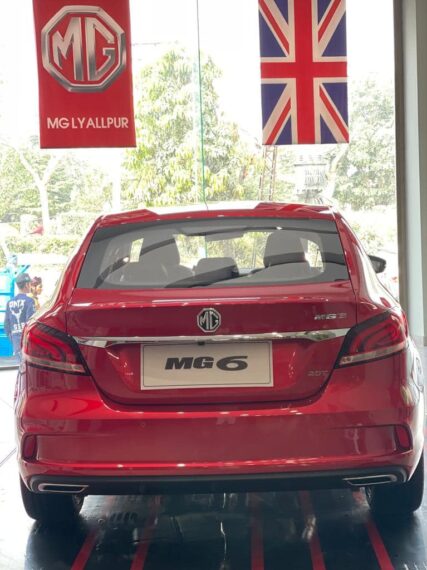 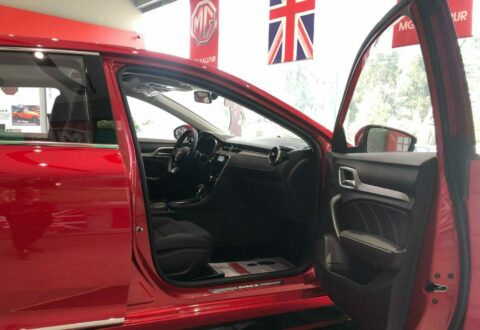 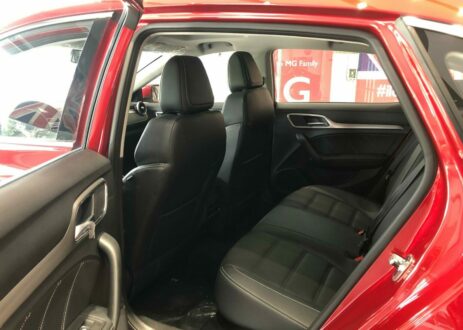 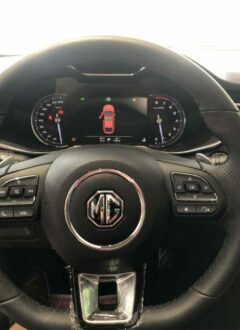 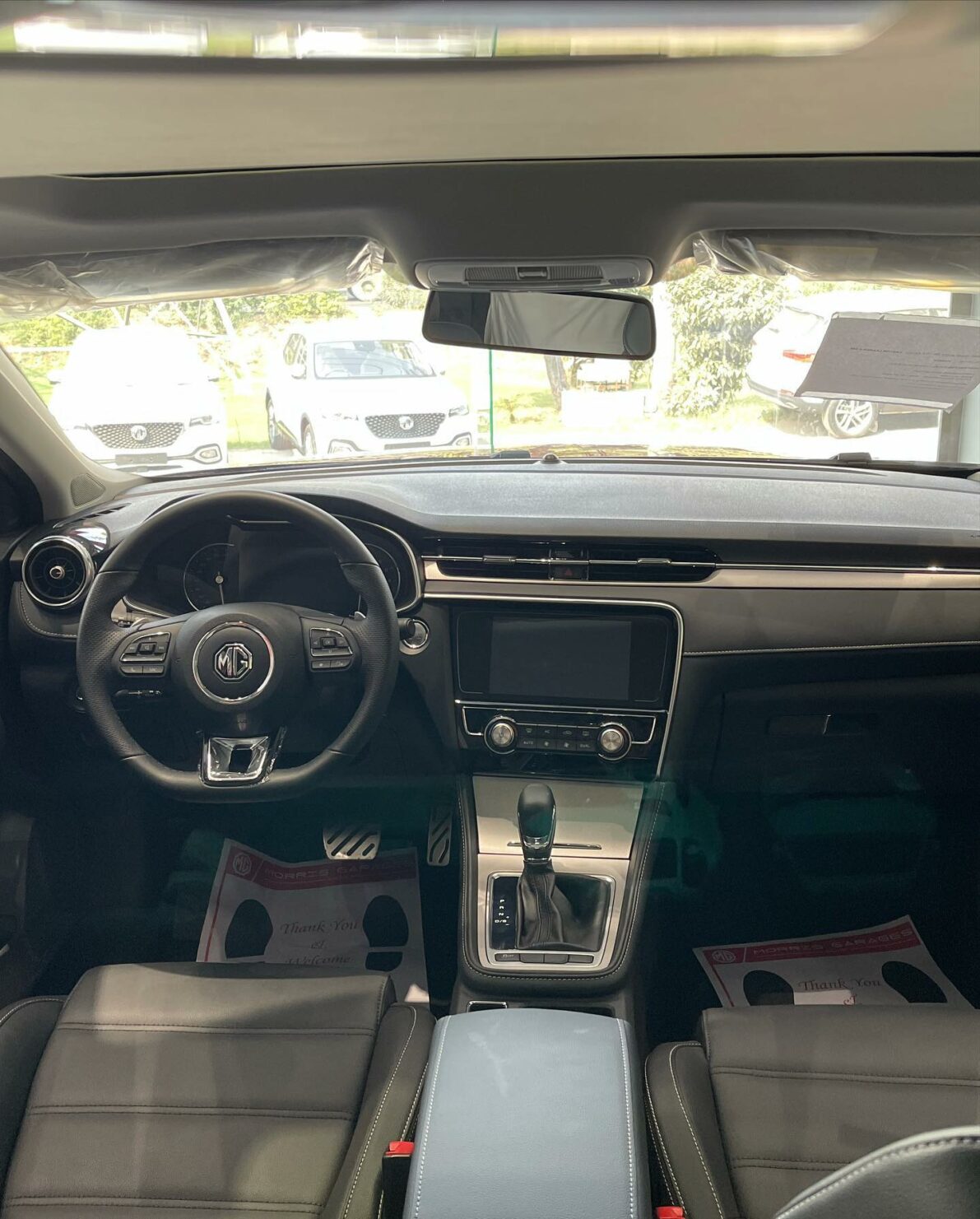 Although Javed Afridi has been teasing the new MG6 Pro with a ‘coming soon’ caption, the one on display is not the Pro model. Up front there is MG’s signature starry grille pattern flanked by projector headlamps & LED DRLs. Towards the sides, the coupe-inspired profile gives sporty appearance to the car. The rear looks much similar to its sibling– the MG5 and has a touch of Merc C class for sure.

The black-themed interior with silver embellishments is as impressive as the exterior with a flat-bottomed multi-function steering wheel, touchscreen multimedia system, and good quality of materials used. The compact sporty sedan is powered by 1.5 liter turbocharged engine producing 181hp of power and 285 Nm of peak torque, and is equipped with a 7-speed dual-clutch gearbox. 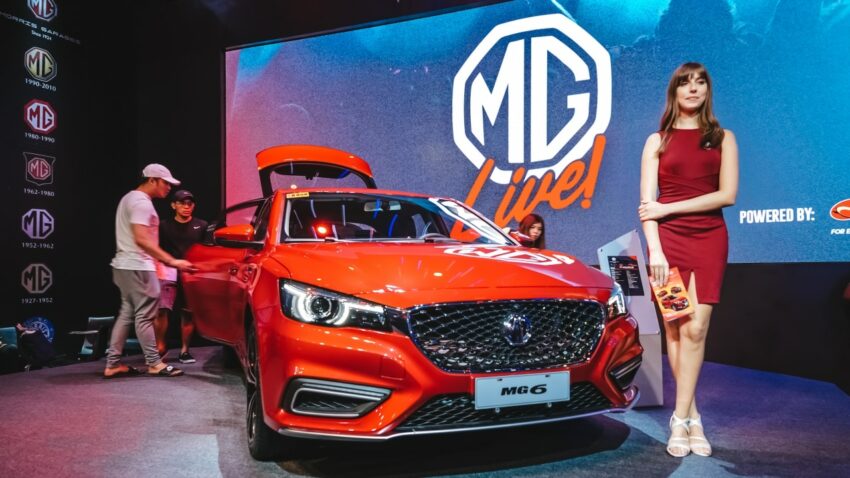 In terms of dimensions the MG6 measures 4,695mm long, 1,848mm wide and 1,462mm tall while having a wheelbase of 2,715 mm. For the sake of comparison the MG6 is longer and wider than both 11th gen Toyota Corolla and 10th gen Honda Civic we have here while having a larger wheelbase too, all of which adds to the comfort (larger footprint) and results in better interior space for the occupants. The vehicle does fairly well in terms of sales in regional markets.

The MG6 on display is a left hand drive unit, so obviously like most other MG cars, its there to gauge public interest and acts as a demonstration of the quality of cars MG has in its global portfolio. There is still no news on the pricing or the timeline as for when the MG6 or any other MG cars that have been teased so far, will be assembled locally. However the parent SAIC Motors on various occasions have said that its keen to ramp up local production of MG cars in Pakistan. When exactly that’s going to happen, well lets keep our fingers crossed.