India’s 75th year of independence saw Mahindra & Mahindra unveil its new INGLO platform dedicated to EVs signifying its ‘Born Electric’ vision, as well as 5 electric SUVs that will be positioned under two new sub-brands. EVs are not something new for Mahindra as the Indian automaker already sells the E-Verito sedan as well as several all-electric 3-wheelers in its home country.

INGLO is a modular and scalable EV platform that adopts a skateboard-like design. Engineered with a variety of vehicle types in mind, Mahindra EVs built on this platform will use a common lithium iron phosphate (LFP) battery pack design with lean modules and standardized cell-to-pack technology using two different cell architectures (blade and prismatic). 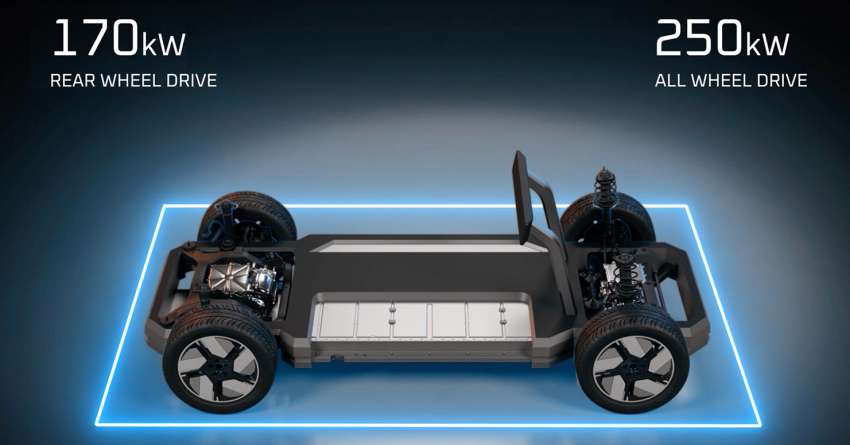 Battery capacities will range from 60-80 kWh, and the architecture is capable of DC fast charging at 175 kW. It will require less than 30 minutes to achieve 80% charge, while there is support for reverse charging as well, otherwise known as vehicle-to-load (V2L). Mahindra says the batteries are capable of a high number of charge-discharge cycles for a long lifespan, which helps reduce waste generation.

Although the company hasn’t shared details about the drive range, still it says the figures will be “class-leading” thanks to superior energy recuperation system, enhanced aerodynamics, reduced rolling resistance, zero-drag wheel bearings as well as high-efficiency cooling and HVAC systems. 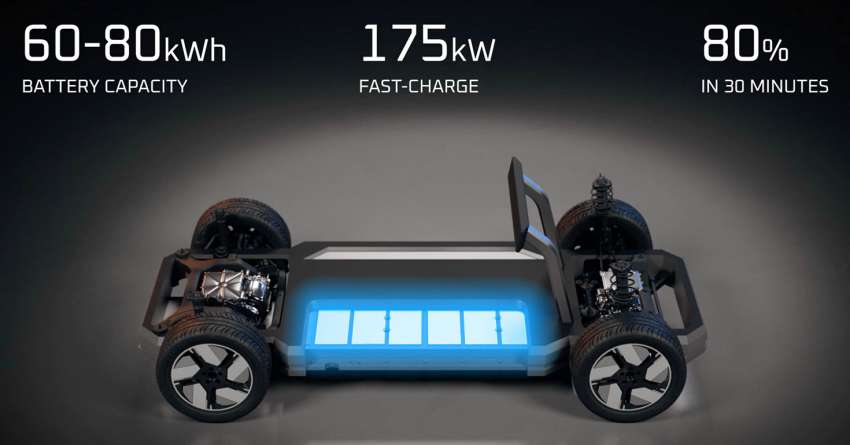 It is pertinent to mention that some of these components will not be produced by Mahindra but instead will be sourced from Volkswagen Group. Both companies announced that they would deepen their partnership from earlier this year, which will see the German company supply MEB (modular electric drive matrix) components like the electric drivetrain, battery system and Volkswagen’s unified cell to Mahindra; while potential localization of the battery system is also being considered. 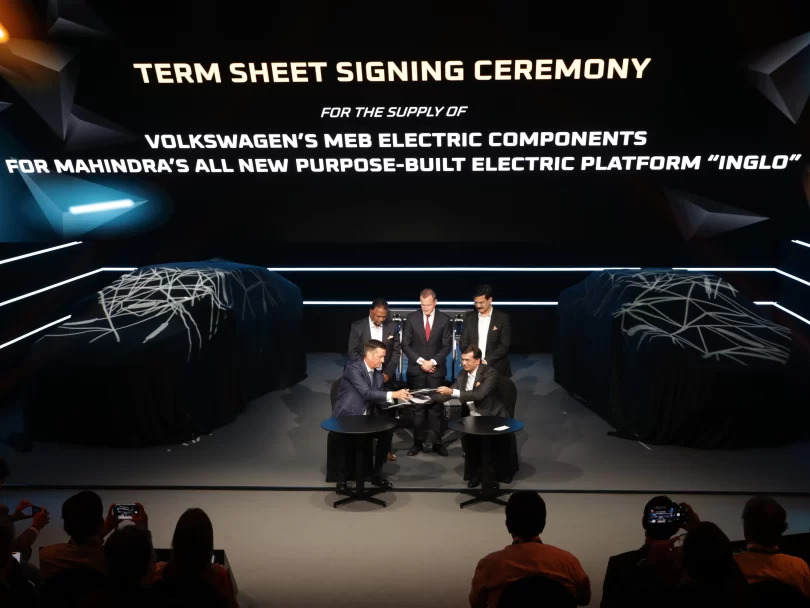 Other aspects of the platform include a dual-pinion steering system, brake-by-wire technology for multiple brake modes and selectable drive modes to manage the powertrain. INGLO is also future-proofed up to Level 2+ autonomy with what the company calls a “5 Radars-1 Vision ADAS architecture.”

Mahindra also unveiled 5 new electric SUV concepts which it will launch in forthcoming years. These electric SUVs will be split between two sub-brands. 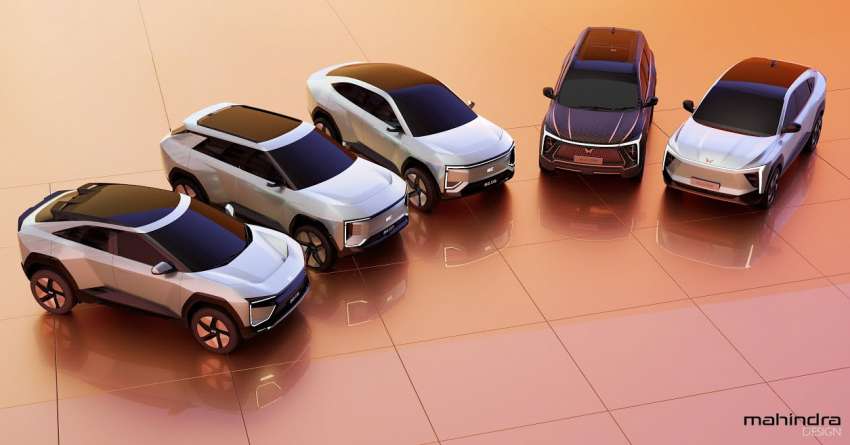 One of these brands is a familiar one called XUV, which is used for existing SUVs like the XUV700 and XUV300, represented by the Twin Peak logo. The electric SUVs under the XUV sub-brand will have the same logo, albeit finished in copper for differentiation. Two XUV EV models have been announced so far, namely the XUV.e8 and the XUV.e9. 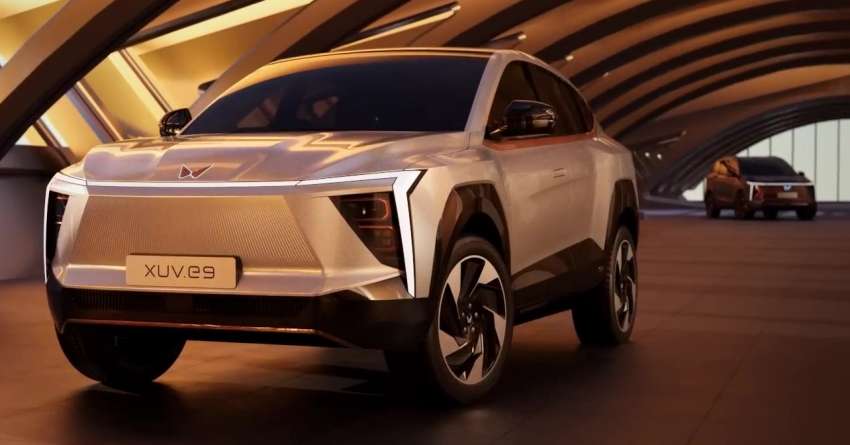 The second sub-brand is called BE, with the first model of the range being the BE.05 that will arrive in October 2025. This shares the same wheelbase and nearly the same width (1,900 mm) with the XUV.e9, although in comparison its smaller in overall length (4,370 mm) and height (1,635 mm). Mahindra refers to the BE.05 as a “sports electric vehicle,” which is fitting given its aggressive exterior design that features sharp angles and a sloping roofline. 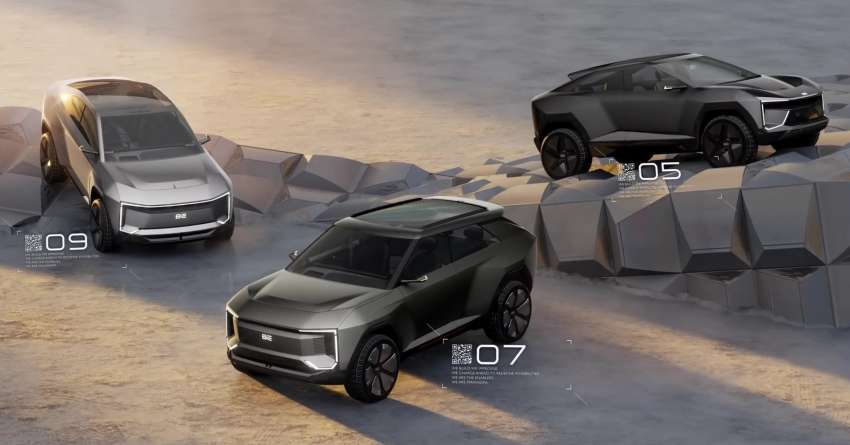 Next is the BE.07 that will arrive a year later in October 2026, which is the same width and wheelbase as the BE.05, although it is longer (4,565 mm) and a tad taller (1,660 mm). Designed with families in mind, the BE.07’s shape is tamer by comparison, with a greater emphasis on interior space that eschews the coupe-like approach of the XUV.e8 and BE.05.

Lastly, the BE.09 that doesn’t get a release date or even dimensions for now. Mahindra refers to the BE.09 as a “head turning SUV grand tourer with a chiselled design, dynamic roof and solid stance that can seat four passengers a offer a first-class experience.” These words suggest a luxury-focused model that appears to be a coupe-like version of the BE.07.