Qiantu K50 Electric Supercar from China to Launch in August

The long awaited Qiantu K50 electric supercar from China is finally ready. It will be officially launched on the Chinese car market on the 8th of August 2018.

The Qiantu K50 is manufactured by Qiantu Motors, a company owned by CH Auto, which is a Beijing based automotive technology company. The slogan of the company is “Evolution in motion”.

Power comes from two electric motors, one over the front axle and one over the rear axle. Each motor delivers 190 hp and 290 Nm. There is also a ‘Boost’ function that pushes up these numbers to 218 hp and 340 Nm. The combined output as Qiantu Motors claim, is 435 hp and 680 Nm in boost mode, whereas in normal mode, the output is 380 hp and 580 Nm. 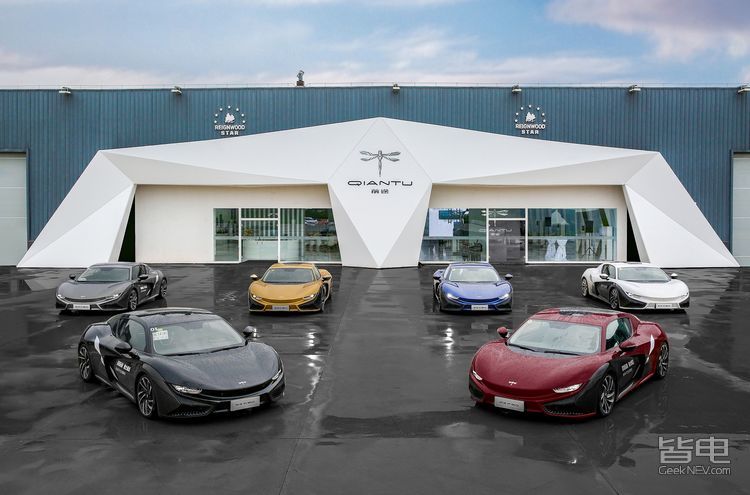 All this helps the Qiantu K50 to reach 100 km/h from a standstill in under 4.6 seconds while reaching a top speed up to 200 km/h. Range is 380 km in a single charge, measured as per NEDC standard. However Qiantu claims the K50 can go 510 km in a single charge driven at a constant city-speed, which for most EVs in China is supposed to be 60 km/h.

The Qiantu K50 measures 4634/2069/1253mm, and has a wheelbase of 2650mm. The K50 utilizes an aluminum body frame with carbon fiber on the outside, the suspension is double wishbone front and rear, brakes are Brembo chetyrehporshnevye discs, with 19 inch forged wheels, and Bosch stability control system. 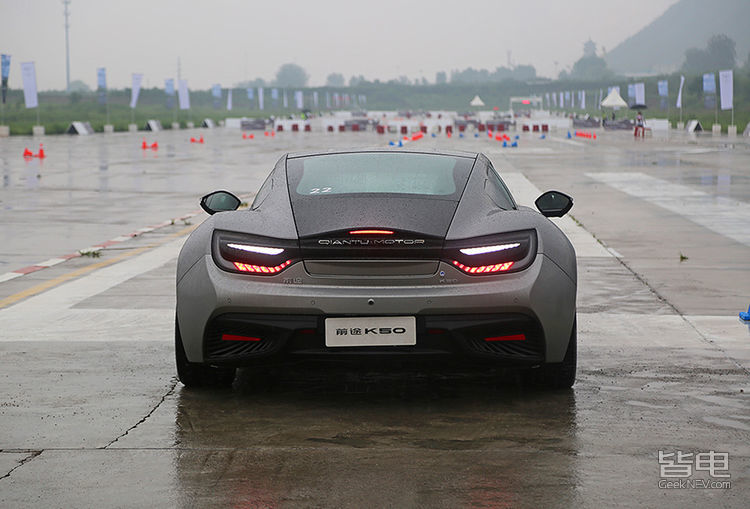 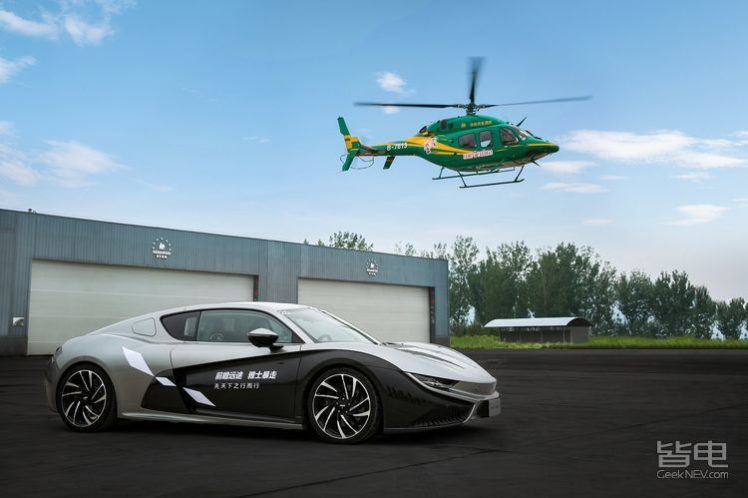 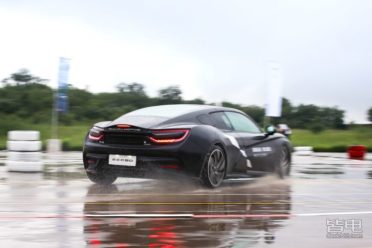 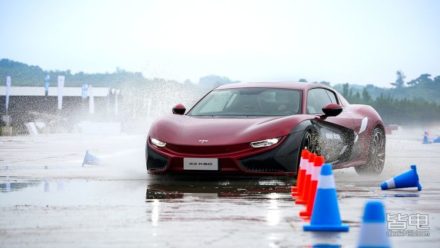 The interior is impressive with a gigantic 15.6 inch touch screen and a free-standing digital instrument panel. The seats mix leather with Alcantara, and the steering wheel has a sporty flat bottom.

After the launch of K50, Qiantu also plans to launch a small EV hatchback, and a business sedan which was previewed as the Qiantu Concept 1 earlier this year. The Qiantu K50 is another example of Chinese automakers and startups taking the electric vehicles to the next level and seriously redefining the future of mobility. 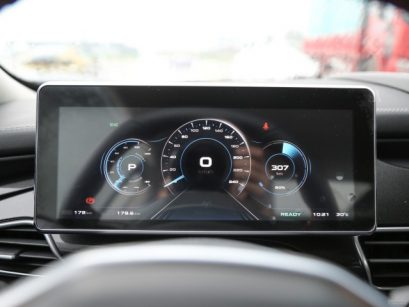