The automobile choices for the consumers in Pakistan were dominated by European and American options since the independence till the mid 1960s. It was then that the smaller, robust & efficient Japanese options started to arrive and pushed the aforementioned options into history.

Datsun, Mazda and Toyota were among the prime Japanese options which made their presence felt in the market with cars such as Datsun Bluebird, Mazda 1500 & the Toyota Corona RT40. These cars saw a huge success in our market due to their reasonable price, reliability, easy maintenance, impressive fuel economy, practical body dimensions and decent equipment on offer. 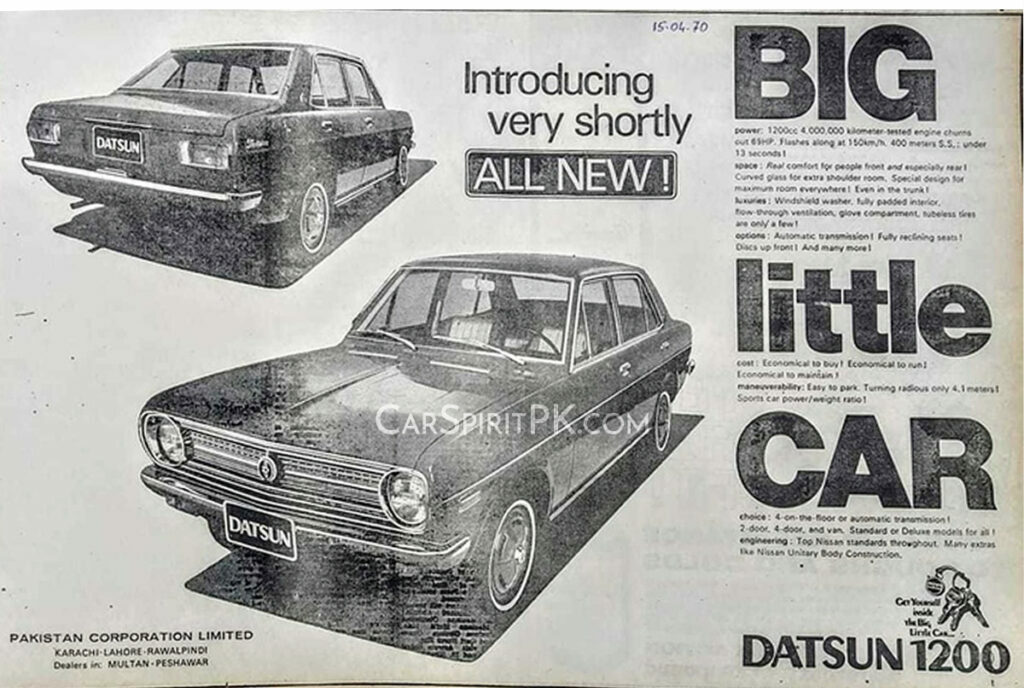 Talking about such cars, the Datsun Sunny 1200 GL is a must to mention. The car arrived here in 1970 (the same year when it made its world debut) and was sold by Pakistan Corporation Limited (PCL). This Sunny (B110) was the second generation model of the car and was considered as Datsun’s answer to the Toyota Corolla (which debuted in 1966 & was positioned below the Corona) and was gaining popularity due to its relatively smaller size and a downsized engine. 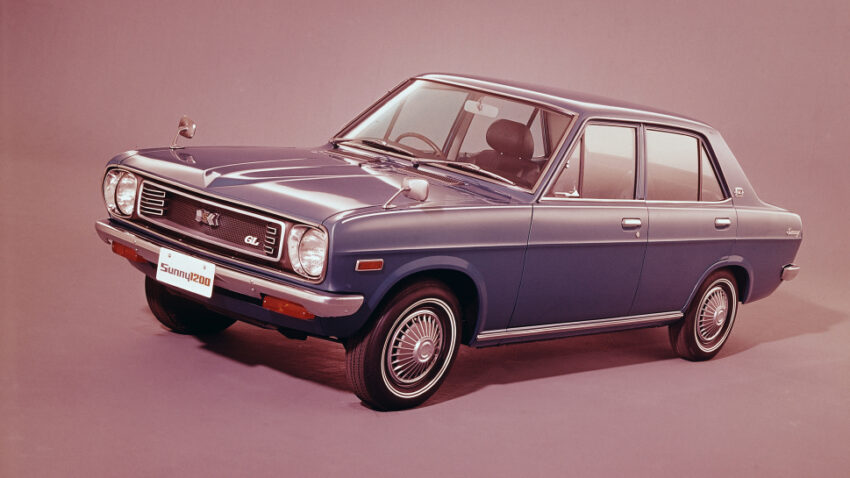 The second generation Sunny in discussion, was slightly larger in all dimensions than its market rival Toyota Corolla. The two Japanese companies continued a game of one-upmanship which had started when Toyota gave the Corolla an 1,100 cc engine and prominently featured the additional displacement over its Sunny rival. Predictably, Nissan responded by giving the second generation B110 Sunny a 1.2L engine and a somewhat controversial marketing campaign with the theme “the car next to me looks small.” 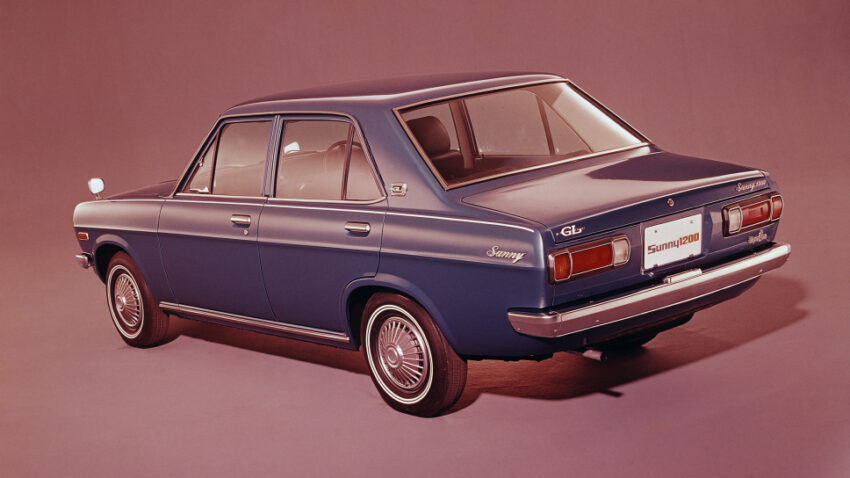 Although the B110 Sunny was available in various body configurations, the most common ones in our market was the sedan followed by the station wagon. The car had an A12 series (1,171cc) engine under its hood which developed 65hp of power and 95Nm of torque and was paired to a 4-speed floor-shift manual transmission. Bear in mind most cars during the 1960s used to have a steering mounted column-shifter. 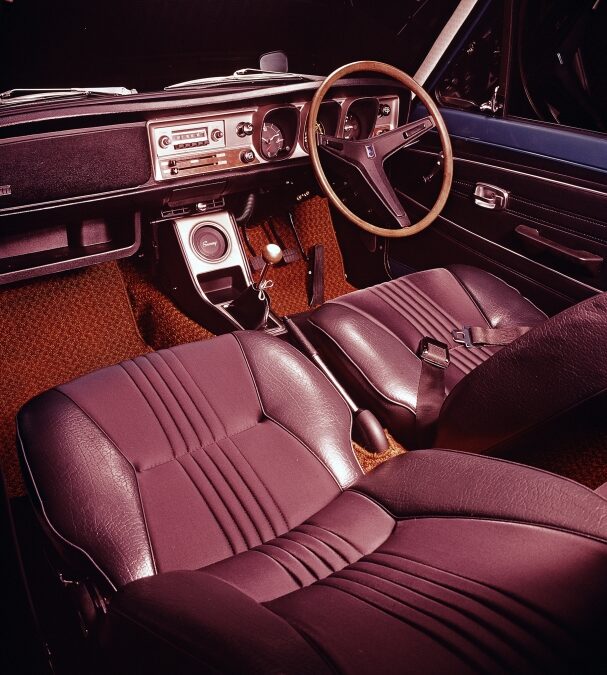 The Sunny became immensely popular not only among the private buyers, it became the first choice as a taxi cab due to its practical size, robust performance and maintenance that was very easy on pocket. Despite being over 52 years old now, you can still spot many of these 1,200cc Datsun Sunny cars running on our roads painted in black & yellow taxi colors. 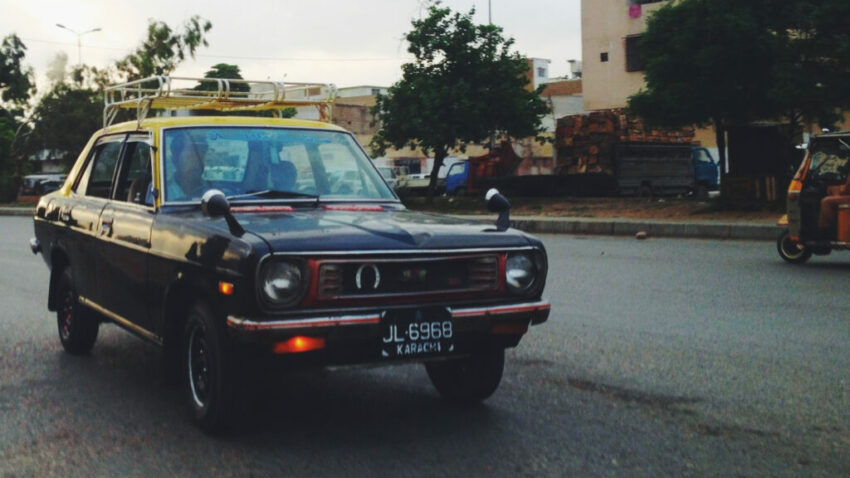 According to 70+ years old Hafizul Haq Hasanzai, representing the Karachi Taxis, Rickshaws and Yellow Cabs Owners Association, whose grandfather was in the transport business in pre-partition Bombay:

“When the Datsun Bluebird and Datsun 1200 came, people were reluctant to buy them because of their light weight, perceived weak body and somewhat weak engines. But, people who bought them [then] are rich now.”

The car had a MacPherson strut front suspension, making it economical and an ideal choice for public transport. The front wheels have disk brakes while the rear wheels have drum brakes. 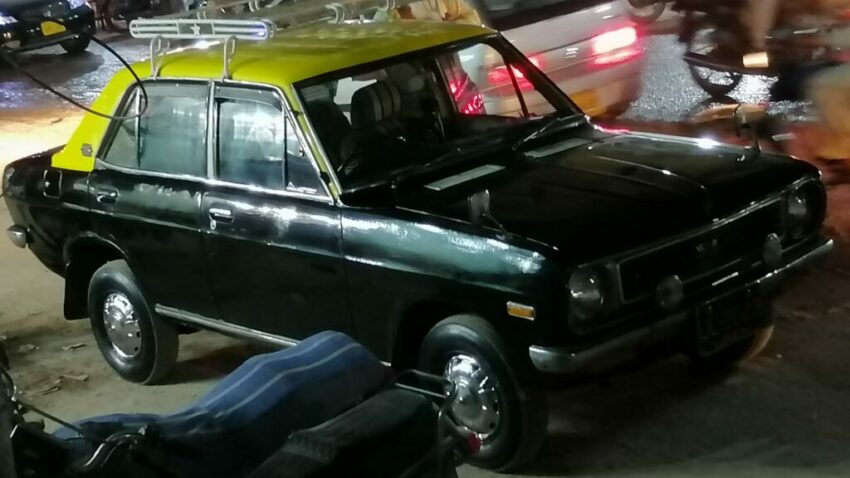 Hasanzai said, once people realized these models were better in terms of performance, maneuverability and mileage (than the European cars), they became vehemently successful. He recalls:

“I got my first brand new Datsun GL in 1970 for Rs 18,200. It was saving me Rs 100 per day which was very good [earning] at that time because of the value of the Pakistani currency and the low fuel prices.”

Recalling the past, he said the spike in prices after 1972 made the newer Datsun models less attractive. After separation of East Pakistan and the Nationalization program which was promulgated in January 1972, the then Bhutto government doubled the taxes on imported cars. So while the local assembly lines were shut, the imported ones became almost twice as expensive after 1972. According to Hasanzai, most of the Datsun taxis performing on roads today were imported in later years as reconditioned cars.

Although the later models of Sunny were also very successful in our market, the B210 series & B310 series which were also called 120Y, as well as the newer B11 series of the 80s (when Datsun Sunny was rebadged to Nissan Sunny) and the B12 and B13 models of 80s and early 90s, still the classic B110 has its own place in the market, and has maintained its popularity among the taxi drivers. 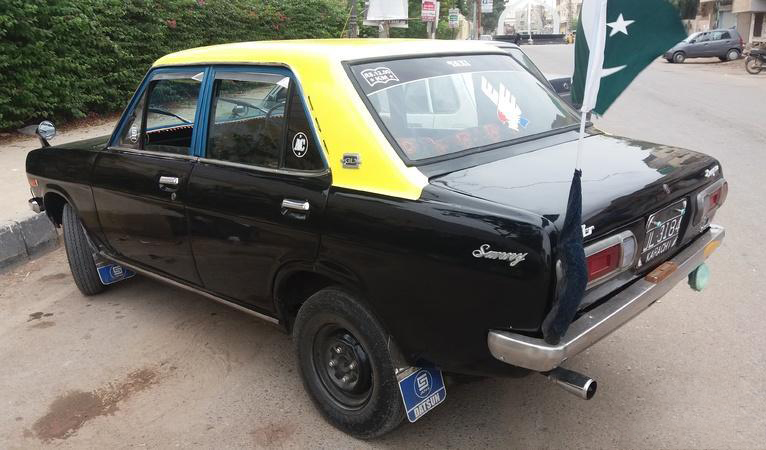 Till 2013, the numbers by the Karachi Taxis, Rickshaws and Yellow Cabs Owners Association showed around 26,000 Datsun Sunny models running on the roads. However the number of these black/ yellow taxis has been reduced drastically in recent years, still according to estimates there are thousands of these existing today & more importantly, performing too. Parts are still available while mechanics at certain locations such as Patel Para and Banaras (in Karachi) are known for their mastered work on keeping these cars alive.

The Datsun taxi drivers claim CNG rickshaws have grabbed half of their customers, leaving only airport passengers and hospital patients as key customers. “Even women were our primary customers, but now they prefer CNG rickshaws instead, regardless of the dangers associated with them,” says a frustrated taxi driver. 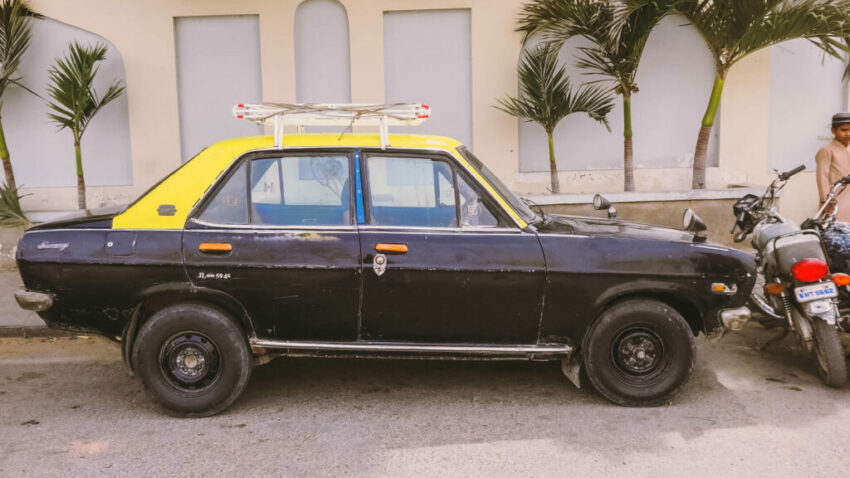 Most of the taxis were converted to CNG, but since the availability of CNG has become a question mark with prices becoming on par with petrol, these Datsun taxis are now fading off the roads faster than ever. Most owners are now switching over to CNG rickshaws since maintenance of a 50 years old car is more than what needs to be spent on maintaining a rickshaw.

Regardless of the above issues, the Datsun Sunny B110 has surely performed well beyond its life. And probably everyone of us in our early hood have traveled in one of these. Even if it eventually fades away from our roads, the sound of its engine, the sound of its gear change, and that typical aroma of a classic Datsun interior is something which will always remain engraved in our memories. 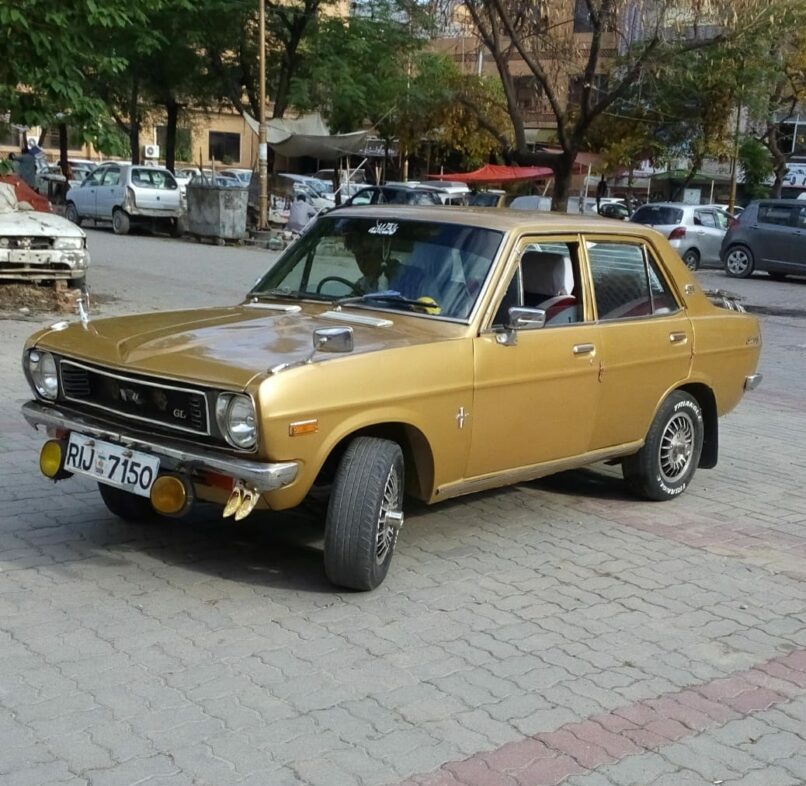 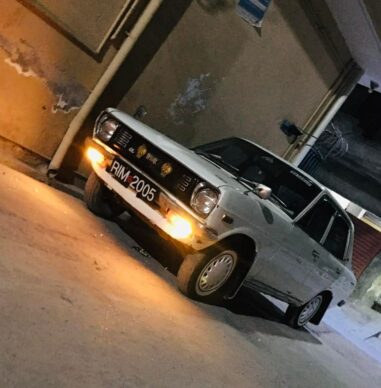 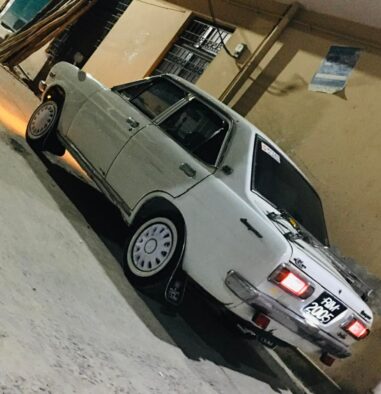 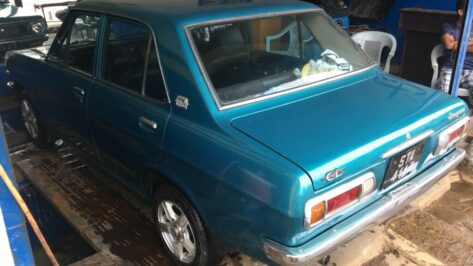