Toyota’s boldly designed C-HR crossover debuted at the 2016 Geneva Motor Show and grabbed attention due to its unusual yet funky styling. Now more than 6 years of its presence, the Japanese automaker has now announced that a successor is on its way, previewed by the new C-HR Prologue.

The front end gets familiar treatment as we have seen with the latest breed of Toyota cars such as the bZ3 EV, new Prius, Crown Cross and the Aygo X. Called as hammerhead face, the look is achieved with interlocking shapes and lighting signature, the latter featuring near-C-shaped DRLs that blend into the main headlamps. 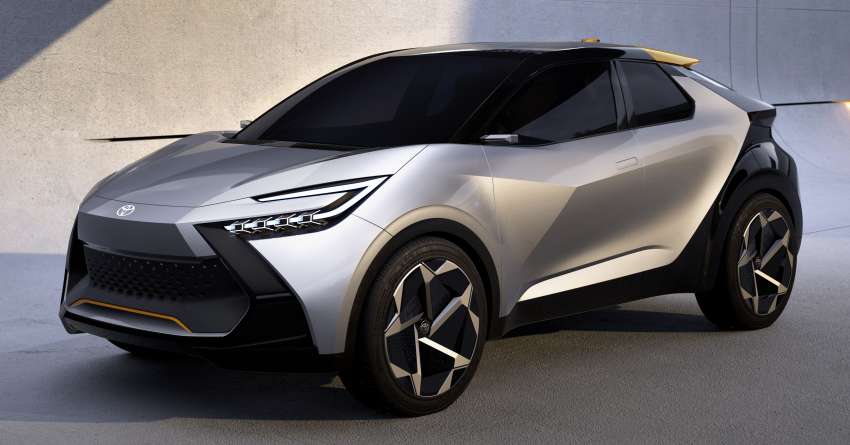 The side features prominent creases originating from the front wheel arches meet at a point in the middle of the front doors, which then extends towards the rear of the vehicle. The flush door handles appear to be tucked at the corner of the taillights. The dramatic styling continues at the rear, with a distinctive rear wing trailing from two extrusions on the roof, full-width taillights, a sculpted tailgate and a massive rear diffuser element. The design still has concept-like elements such as the oversized wheels and cameras in place of side mirrors, which are likely to be made more conventional in production version. Toyota has used a tri-tone color scheme to emphasize certain elements like the rearmost pillars, with a “sulphur” hue serving to contrast the “metal silver” and “recycled carbon.” Toyota says it designed the C-HR Prologue to have a tri-color option to make it stand out from the usual dual-tone approach.

Related: Toyota Crown to be Sold Outside Japan for the First Time

Toyota hasn’t released any interior images or powertrain details, however as per sources the next C-HR will be offered with the brand’s self-charging hybrid powertrain as well as a plug-in hybrid option. Although not mentioned in the release, the crossover could also get an all-electric powertrain. Further details will be shared as & when available, stay tuned to CarSpiritPK. 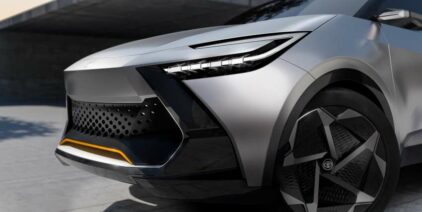 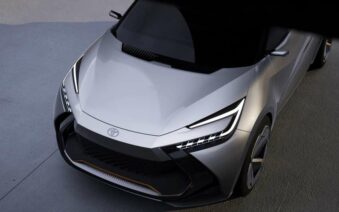 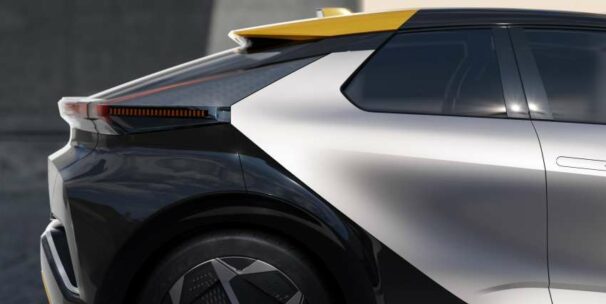