If you ask anyone about the most reliable car brand in Pakistan, majority will say Toyota. And they will doubtlessly raise their hands towards the Corolla as the most popular sedan in our country, and rightly so.

However that car that constructed the impression of Toyota as a reliable and trustworthy car brand in our market, was the Corona. It appeared in our market back in early 1960s and was immediately praised for its utmost reliability & efficient performance in presence of a bulk of renowned European rivals. Corona was Toyota’s second sedan in the hierarchy of products, slotted below the Crown– which was the flagship model in the Japanese automaker’s lineup.

In many countries including Pakistan, the Corona was one of Toyota’s first international export models which was later joined by smaller Corolla in 1966. When Corolla was launched, the Corona was already in its third generation and had established its name as a key performer in most parts of the world including leading markets such as Europe and North America. 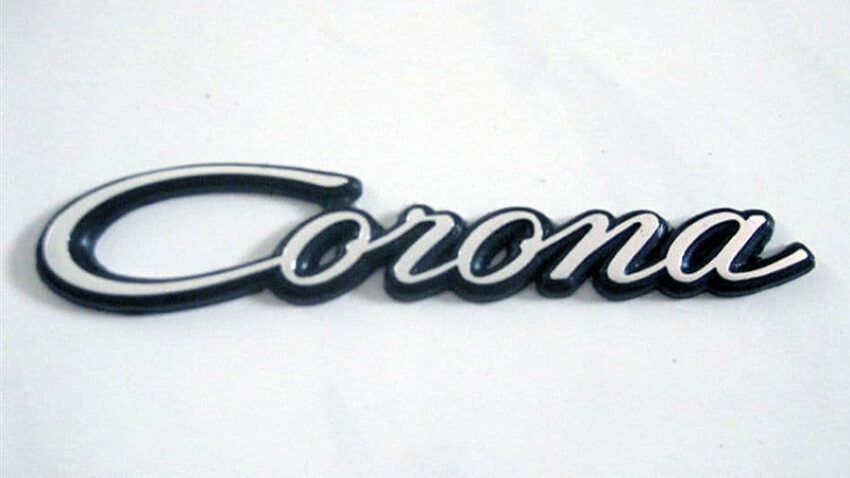 History says that only the best performing cars are used as taxi because of the build quality, reliability and low maintenance. The Corona was no different as it went on to become one of the world’s most popular taxi. Despite rough use in several countries, the Corona stood its ground. But since most people hesitated in buying the car with a taxi tag, Toyota got worried.

To get over the taxi fixation, Toyota introduced the Corona Mark series. It remained a Corona just in the name and the rest was all premium – it was bigger and had more features. The strategy of Toyota became a success and the Corona Mark I/ Mark II which were sold like a separate up-spec model, helped Toyota in further improving the sales of the Corona. Later the Mark II became a standalone nameplate and went on to be called as Mark X. While the Mark I/ Mark II were up-spec offerings, the regular Corona models meanwhile continued to receive betterment in styling & comfort, space, performance and equipment.

August 1973 saw the introduction of the Corona T100-Series, commonly called as RT100. It was the 5th generation of Corona nameplate and was bigger in every aspect of the dimensions (including length, width, and wheelbase) than in its predecessor. Instead of a Toyota logo, the car had a unique red colored Corona emblem on its front grille.

Like the preceding Corona generations, the RT100 continued to be a front engine rear wheel drive car, having a 1.6L engine under its hood mater to a 3-speed manual transmission with column shifter. Though other markets also received bigger 1.8L and 2.0L petrol engines. Internationally, various body configurations were offered including 2-door sedan, 4-door sedan, 2-door coupe, and 5-door station wagon, however it was 4-door sedan which was primarily available in Pakistan. 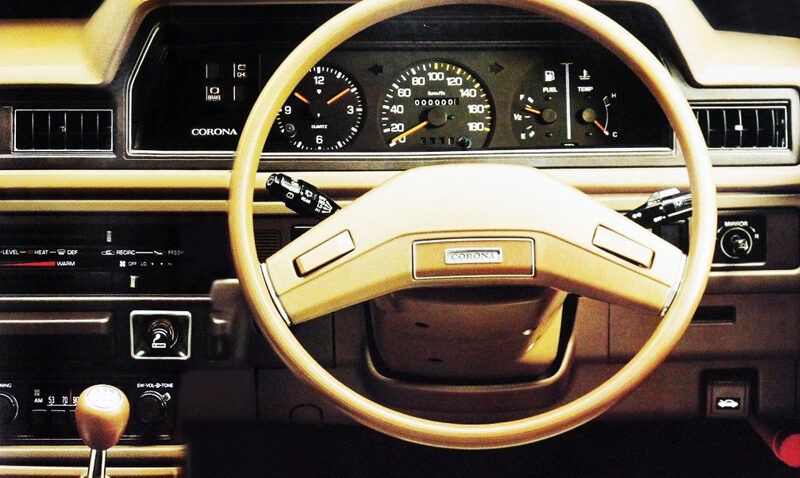 The Corona RT100 was advertised as providing big-car comfort, features, and looks in sprightly package of a rather small 98.4 inch wheelbase. The front suspension used coil springs with a torsion-bar stabilizer; the rear used semi-elliptical leaf springs. All four wheels used double-action hydraulic shock absorbers which enhanced the ride comfort. 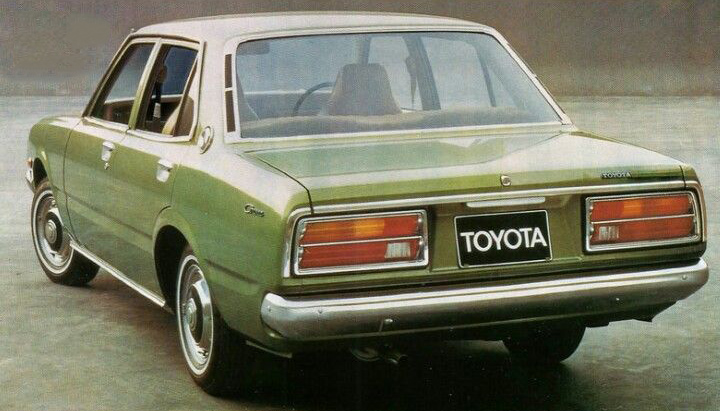 One of the most unfortunate things for the Corona RT100 was the era when it was offered. It was a time of global fuel crisis and people were preferring smaller and fuel efficient cars during the mid 70s. Cars like Toyota Corolla, Mazda Familia 1300, Datsun Sunny and the likes were getting popular due to their relatively smaller size, downsized (1200/1300cc) engines and relatively easier maintenance. Although previous generation models of Corona perfectly qualified for the aforementioned parameters, the RT100 unfortunately always had an impression of something bigger than needed.

Furthermore in presence of new competition such as Mitsubishi Galant and Honda Accord which were front wheel drive cars, the Corona RT100 was a rear wheel drive vehicle and was less preferred by the masses. That’s probably one of the reasons why the RT100 was quick to become an undesirable option and faded into history quicker than its older Corona siblings.

Also in later years, many people replaced its petrol engine with Toyota’s 1C/ 2C diesel engines since the price of diesel back then was dirt cheap. The RT100 was surviving with diesel engines under its hood for a long while in used car market, perhaps till the late 90s but still it was very less in number compared to the older RT80 or RT40 series models. 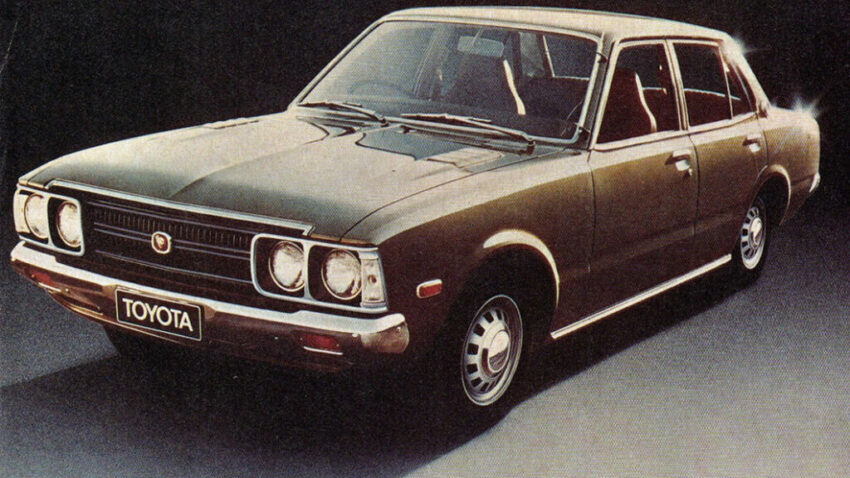 Today while you can still come across a Corona RT40 or RT60/80, its extremely hard to come across an RT100. Even enthusiasts who love to restore classic oldies have not considered RT100 to be worth restoring, which is rather disappointing.

Corona had a spectacular time in 60s and mid 70s, however the later models were never able to reach the towering success of their predecessors. One of the key reasons behind this is the fact that cars kept getting bigger & bigger and same happened with both Corolla and Corona. With each passing generation, both these cars kept becoming larger than their predecessors with Corolla becoming a compact sedan from being a subcompact sedan, entering in the domain of Corona but it was difficult for Toyota to fit the Corona since it already had a mid-sized sedan called Camry which was originally launched as a compact car in 1979 but had taken its place as a popular mid-sized sedan particularly in the North American markets. 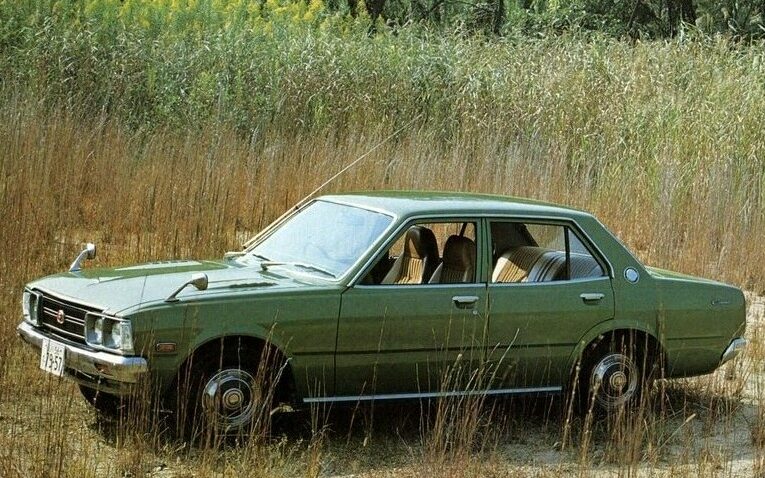 While Corolla went on to become the bestselling nameplate for Toyota and Camry had already positioned itself as a successful mid-sized sedan, the Japanese automaker was finding it difficult to justify Corona’s presence between the two. Those who preferred Corona were now shifting to Corolla since it was more popular and was offering almost everything or more that the Corona had to offer.

Toyota eventually killed the Corona nameplate in 2001 which saw 11 generations produced since 1957. The RT100 despite everything good was rather unlucky not to have witnessed the sort of success it deserved. It was produced between 1973 and 1978 and was replaced by the 6th generation model (called T130) in 1979. Still its one such car that will always live in our memories.

Do you have an ownership experience of Toyota Corona RT100, share with us using the comment section below. 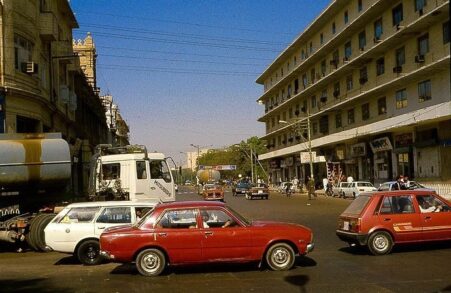 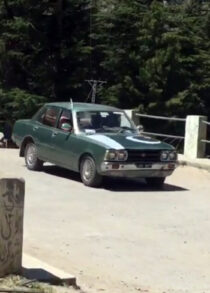 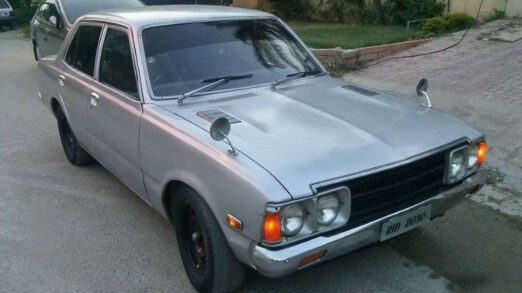 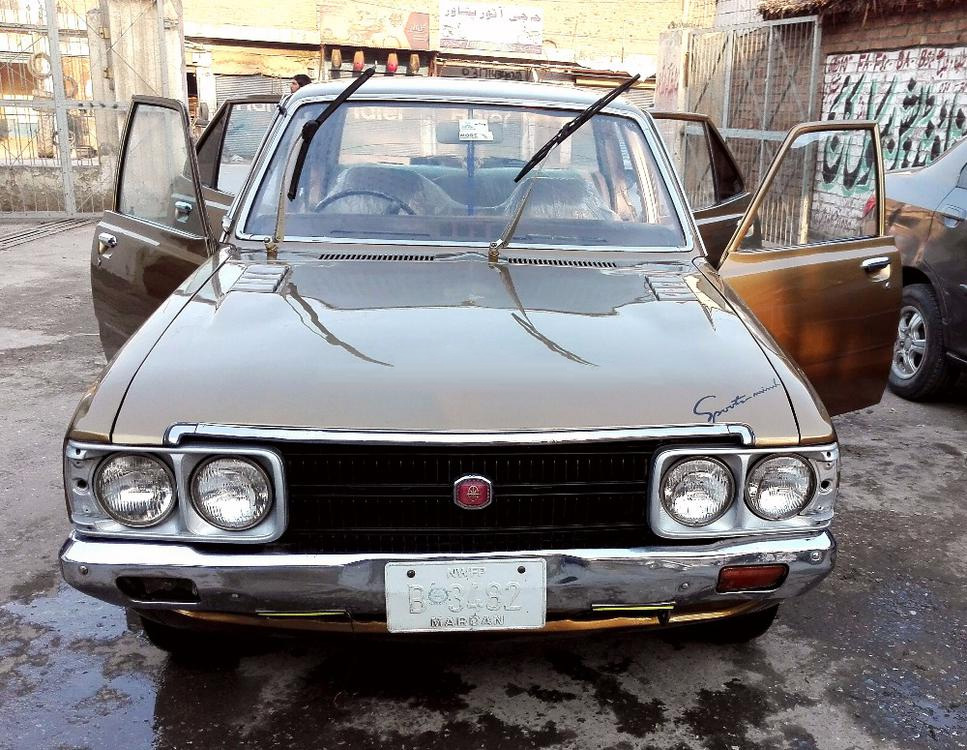