Xpeng from China which emerged as an electric vehicle startup a few years ago & has already made its name in Chinese domestic as well as international markets, has just launched the 4th EV in its product portfolio— the G9 SUV.

It is also the second SUV after the G3 and being a D-segment offering is positioned as a flagship model in XPeng’s lineup. In terms of design, the G9 boasts the brand’s latest design language. Its front end has a well-known X Robot Face design with narrow LED running lights and large blocks of high beams under it. The overall appearance remains simple and minimalist, devoid of any sharp creases and contributes to a low drag coefficient of just 0.27 Cd. As for dimensions, the XPeng G9 midsize SUV measures 4,891mm long, 1,937mm wide and 1,680mm tall with a wheelbase of 2,998mm. The dimensions (length & width) are pretty much comparable to the new Toyota Land Cruiser J300, however the G9 stands shorter in height but has a much greater wheelbase compared to the LC300. The interior of XPeng G9 stays in line with the exterior in terms of simplicity, but has a lot of high-tech features on offer. The dashboard gets a large 10.25 inch instrument cluster acting as a driver information display. Plus the center panel comprises of two 14.96-inch screens which are equipped with X-mart 4.0 system powered by Qualcomm’s 8155 chip. There are two wireless phone charge pads and two cup holders on the center tunnel. 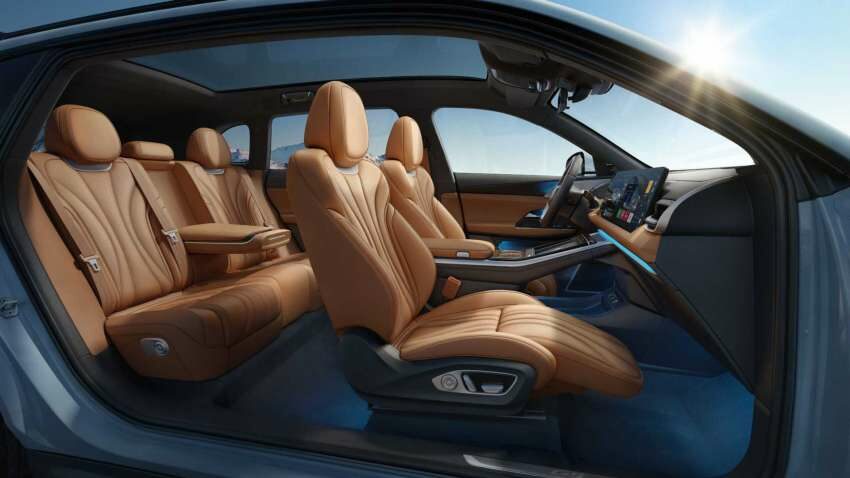 Worth mentioning that there are few physical buttons in the XPeng G9’s interior. They are replaced by touch screens and the voice control function. The sound system comprises of up to 22 Dynaudio speakers. Other highlights include a D-cut multi-function steering wheel, panoramic roof, alloy pedals and dual-tone color scheme with silver embellishments.

Safety tech in XPeng G9 include the XPILOT 4.0 autonomous driving system. It comprises of 31 sensors, including 2 LiDARs and 5 millimeter-wave radars. This system is powered by Nvidia Drive Orin chips with a total computing power of 508 TOPS. The core feature of the XPILOT 4.0 is an NGP (Navigation Guided Pilot), an advanced autonomous driving system which allows a car to drive by itself in the city. 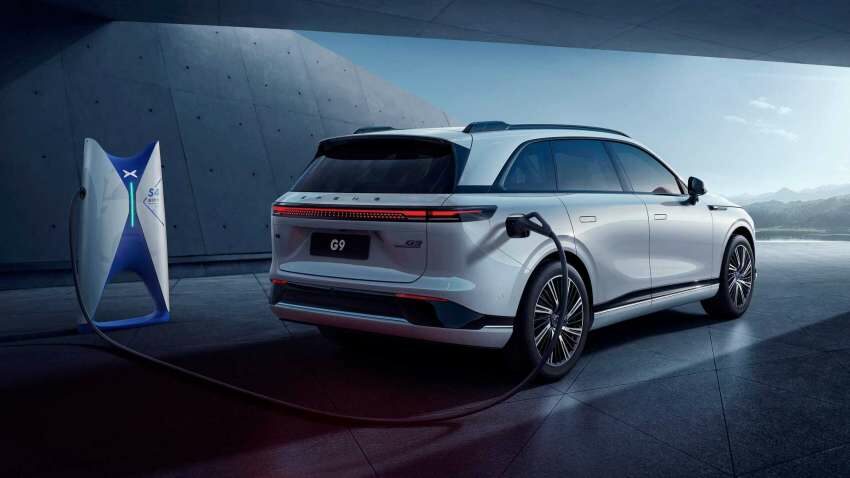 Like a lot of premium EVs, there are various combinations of motors and batteries – a ‘standard’ range RWD model, long range RWD models, and performance AWD models on offer. Xpeng calls the G9, the world’s fastest charging EV. It says it can charge at a rate of up to 480 kW at the peak of its charging curve. Helping it achieve that 480 kW rate is of course a 800V battery architecture, which we expect most premium EV manufacturers to eventually migrate to.

The entry-level G9 goes with an LFP battery having a capacity of 78.2 kWh enabling a drive range of 570 km (CLTC). The RWD version also has a long-range version, equipped with a 98-kWh battery helping its range to reach 702 km. The G9 4WD has the same 98-kWh battery, but its range is limited to 650 km due to higher energy consumption. Bear in mind the S4 supercharging battery system allows G9 to charge 200 km of range in just 5 minutes. 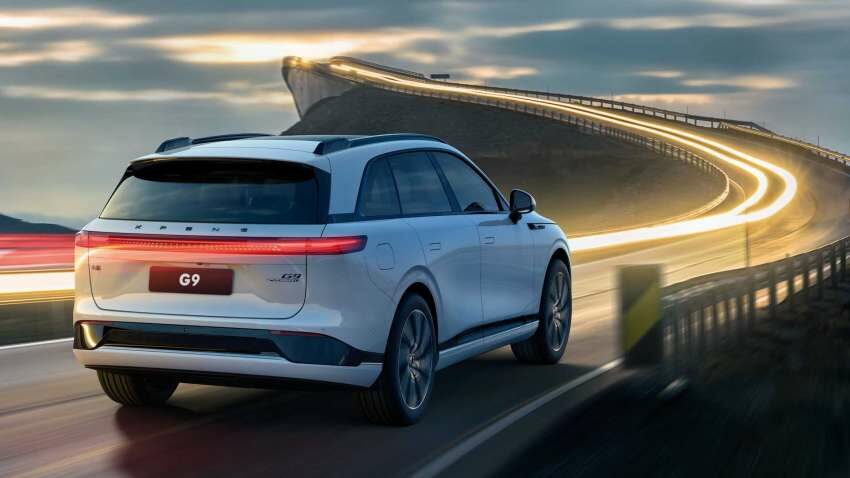 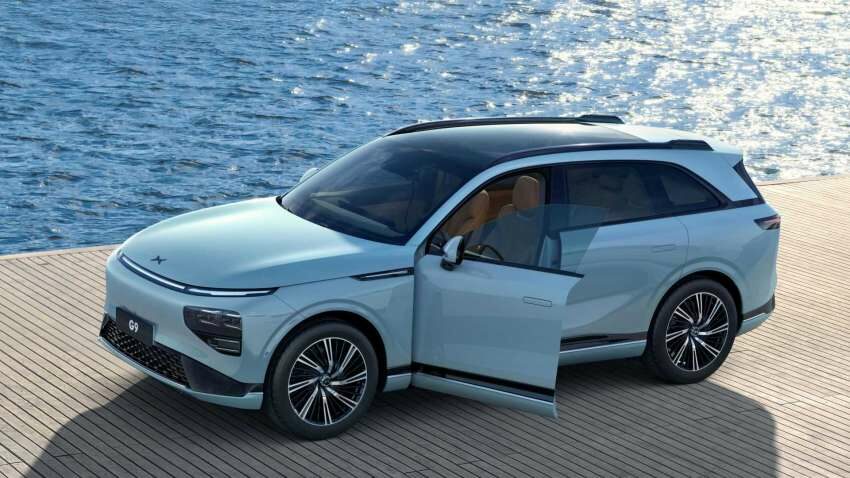 They say the days of conventional ICE SUVs will soon be numbered in presence of a flurry of electric SUVs and it seems to be happening sooner than expected. With the waiting time for the likes of Toyota Land Cruiser spanning over 4 years, the alternates both in form of ICE and EV offerings will entice buyers into opting for these alternatives in markets where they are available. 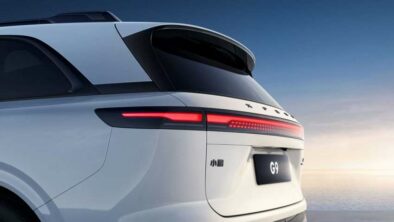 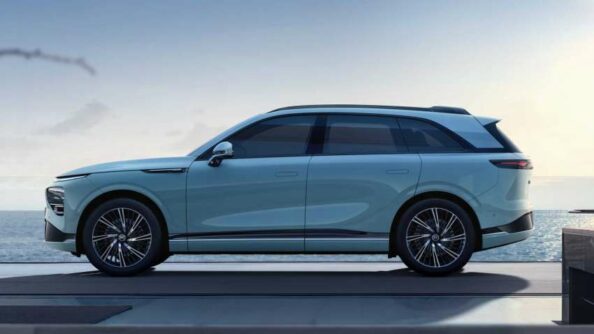 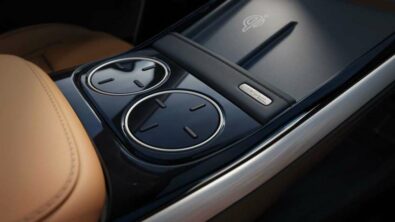 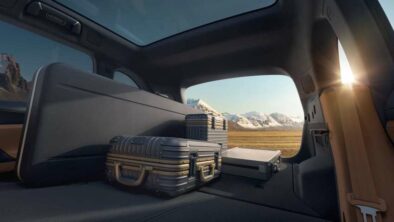 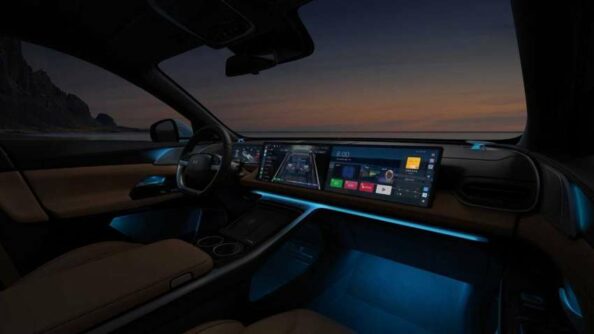