Battery Swapping will Make EVs Even More Attractive to Buyers

Electric vehicles (EVs) are rapidly becoming popular across the world with year-on-year sales constantly on a rise. According to analysts, EVs costs are falling fairly rapidly and by 2035, electric vehicles will likely be cheaper than internal combustion engine vehicles even without the subsidies.

Europe has already decided to place a ban on sales of combustion engine vehicles effective from year 2035. According to the latest EY Mobility Consumer Index (MCI), the number of consumers looking to buy EVs globally has hit 52%. This is also the first time ever that 50% has been exceeded, and it represents a rise of 22 percentage points within just two years. More interestingly, combustion vehicle sales peaked globally in 2017 and are now in permanent decline. By 2025 passenger ICE (Internal Combustion Engine) sales will be 19% below their 2017 peak. Managing the decline while investing in the future is a major challenge for some legacy automakers.

The biggest charm EVs have is the lesser number of maintenance parts that could go wrong in a conventional gasoline-powered vehicle. The per-filling mileage is also vastly attractive compared to petrol/ diesel cars. Electric vehicle technology has become sophisticated enough to produce cars with more than 700km of driving range in a single recharge. Some automakers have even breached the 1,000km benchmark, but these cars are quite expensive compared to regular EVs hence are restricted to those with strong purchase power. However the main concern has been the charging time as EVs generally requite from 8-10 hours for their batteries to fully charge. Though in quick charging mode they can achieve up to half of the recharge within half n hour, still is plenty of time compared to filling a gasoline powered vehicle which need under a couple of minute to fill up the tank. But electric automakers seems to have an ideal solution for it, in shape of Battery Swapping Stations (BSS) which will make EVs even more attractive to the masses.

First tried and then abandoned by Elon Musk’s Tesla during last decade, battery swapping is becoming extremely popular in China, aided by a mix of demographics, geography and surging take-up of EVs. What’s the catch? Well you can swap your drained out battery with a fully recharged one without the need to get out of the car, that too in under 5 minutes only.

It’s pretty simple. The EV is driven into a booth where the depleted battery is removed from the car and replaced with a fully charged power pack. This whole process is automated, and as mentioned above can be completed in a matter of few minutes. Customers can either pay a monthly fee, or pay as they go. While the cost is usually more than fast-charging services, it’s still cheaper than putting a full tank of gasoline in a conventional car. 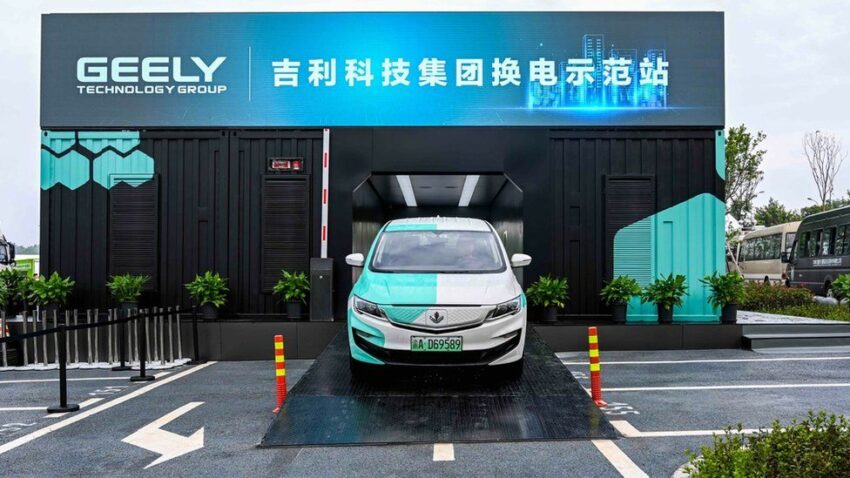 2. What are the advantages?

Speed and convenience is the key advantage here. There are plenty of videos on YouTube that show a battery swap being completed in minutes, including maneuvering the car into the changeover bay. That can be a big time saver for taxis and delivery fleets that are on the road all day, or drivers covering long distances away from home who may not be able to plug in to a charger overnight. By comparison, even Tesla’s fast super-charging network takes at least half an hour to fully charge a battery, although the company says its newest technology delivers 200 miles (322 km) of charge in 15 minutes.

“Battery swapping is indeed much faster than charging, almost like adding oil.”

Charging an electric vehicle can take hours but China’s NIO is cutting it down to minutes with battery swapping technology @NIOGlobal.

Batteries are the most expensive component of an EV, and separating the power pack from the car can lower the upfront purchase price, reducing one of the main barriers to entry for drivers considering the switch to an electric car. Chinese upstart Nio has been offering this “battery-as-a-service” option for a couple of years. Also, the constant turnover of batteries makes it easier to monitor for defects and fix them before they catch fire or cause serious accidents. EV makers say regular charging at swapping stations may extend the battery life. 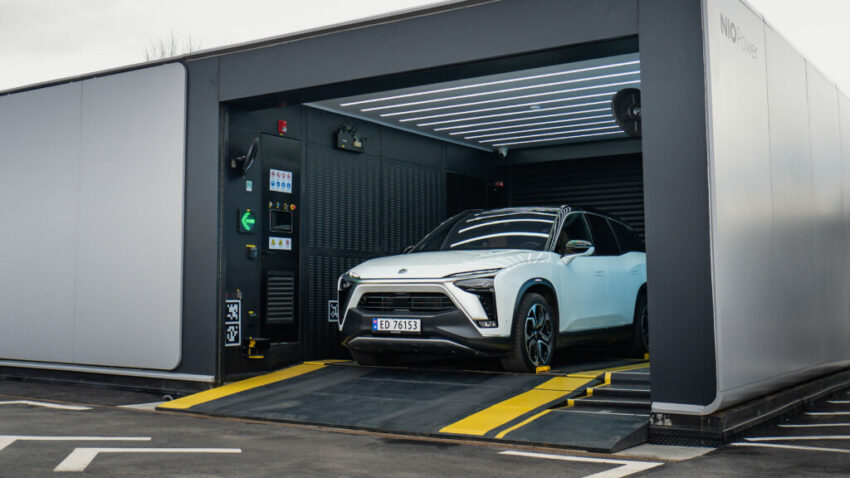 In longer run, it could also help cut design and development costs for automakers if they adopt a standardized battery for the convenience of swapping. Battery-swap networks also lay a foundation for recycling of depleted batteries, a growing concern as early EVs reach the end of their life span and shortages of key battery components such as lithium worsen.

Battery Swapping Stations are not just restricted to China, but Chinese EV makers are bringing them to other parts of the world where they have presence. For example, Power Swap Station, just south of Oslo- Norway, is Europe’s first such facility that has been set up by EV maker Nio. The company says swapping-out the entire battery will appeal to customers worried about the range of electric cars, or who simply don’t like queuing to recharge.

According to Nio, the station can handle up to 240 swaps a day, while it plans to create 20 in Norway. It has also partnered with energy giant Shell, to roll them out across Europe, with the aim of installing 1,000 BSS by 2025 saying that “it’s going to be a network that lets you drive all over Europe.”

In addition to Nio, other EV makers such as Geely and Aion have recently launched their own BSS systems in China, and battery manufacturing giant CATL has also developed a facility, called EVOGO. 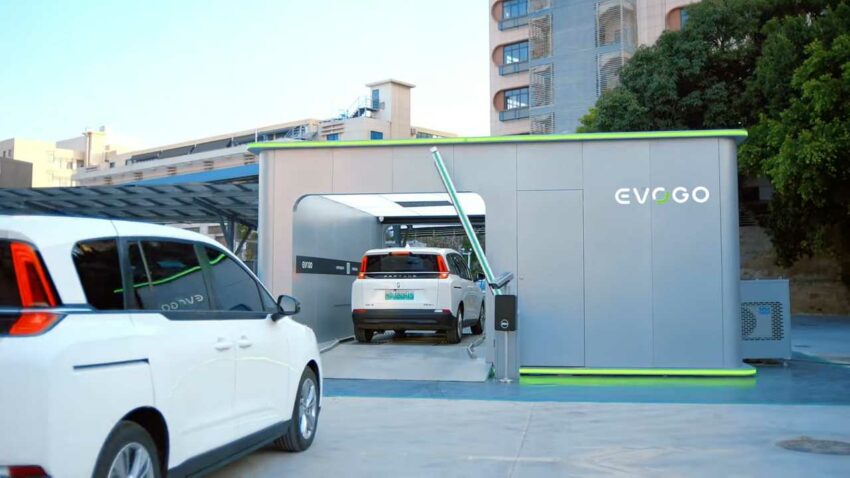 While Tesla’s Musk once lauded battery swapping as the “ultimate solution” for EV charging, it didn’t catch on in the U.S. Tesla opened its first and last swap station in California in year 2013 and closed it two years later because of poor uptake, according to the CEO. Some questioned whether the station was merely a ploy to earn extra regulatory credits from the state of California.

However Tesla’s exit hasn’t deterred others from trying. In fact Chinese seems to have mastered the BSS tech and such facilities will become increasingly popular in markets where electric vehicles are gaining abundance. But BSS aren’t the only thing that EV makers are focused on, in addition to a vast network of charging stations, they are also working on wireless charging roads, supplying home chargers and installing superchargers on roads too. Together with these facilities, the EV charging time will no longer be a concern for anyone.