Major automakers have recently announced plans to keep investing in hydrogen fuel technology. The plans come even as many industry experts believe it faces a major uphill battle to compete against battery-powered electric vehicles (EVs).

Hydrogen is currently used to power fuel cell electric vehicles (FCEVs) where the fuel cells convert hydrogen gas into electricity, this differs from EVs which instead get their power from a built-in battery. However recently Toyota has also been testing to power a conventional combustion engine with hydrogen. The hydrogen-powered Corolla prototype has been doing successful rounds on various racing circuits across Japan. 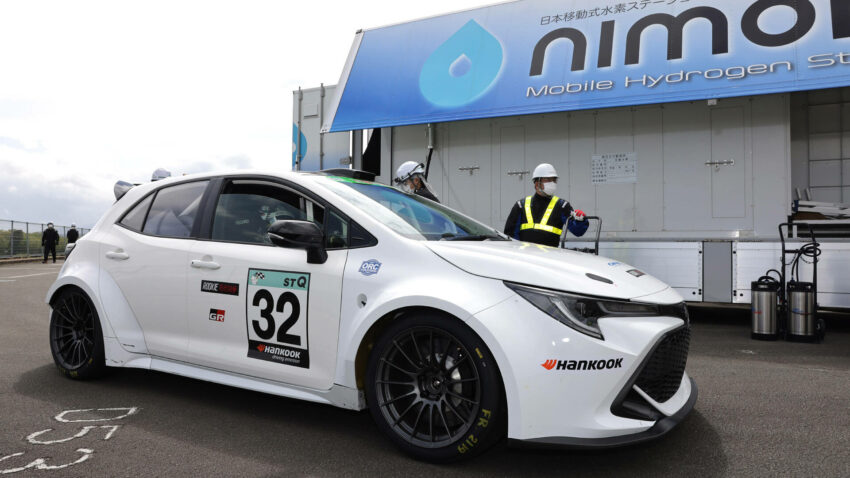 Recently, a coalition of 5 Japanese companies called ‘Team Japan’ spearheaded by Toyota, has been formed which will dedicate its efforts to save internal combustion engines from extinction. Toyota believes technological breakthroughs, such as hydrogen engines, can give internal combustion a new lease on life, saving jobs as well as the environment. According to Toyota chief Akio Toyoda:

“The enemy is carbon, not internal combustion engines. We shouldn’t just focus on one technology but make use of the technologies we already possess.”

However Toyota’s closest competitor in terms of Hydrogen-powered mobility is the South Korean automaker Hyundai. With its Nexo FCEV, there is already a tug of war between the Hyundai Nexo and Toyota Mirai as both have snatched the longest distance record from each other multiple times already. 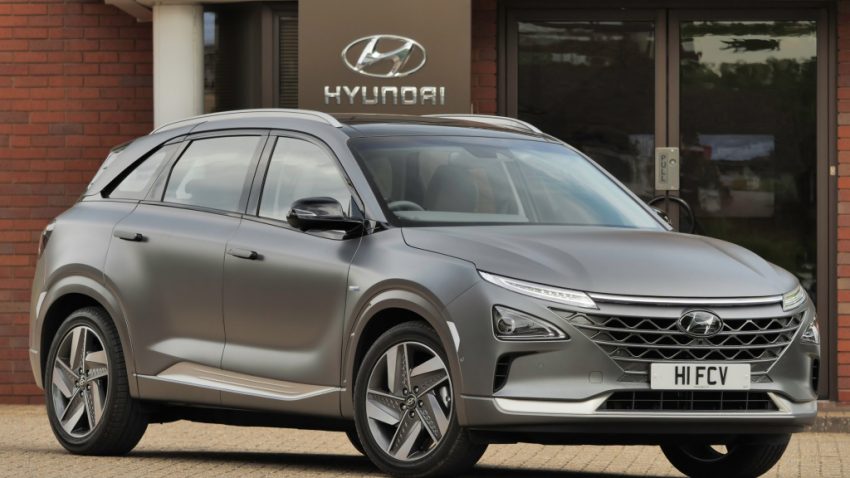 On several occasions, Hyundai have also spoken about the importance of continuing to explore hydrogen-based vehicles along with developing EVs. In September, Hyundai revealed its plans to offer hydrogen fuel cell versions for all its commercial vehicles which includes large transport trucks and buses, by 2028.

German automakers Volkswagen and BMW are also developing hydrogen-powered passenger vehicles along with a series of new EVs. BMW said last month it has developed a hydrogen prototype based on its X5 model in a project partly financed by the German government and plans to build about 100 hydrogen test vehicles in 2022. Furthermore, Audi also has a working hydrogen fuel cell prototype called A7 h-tron FCEV however the company hasn’t announced plans to move towards the mass production as of yet. 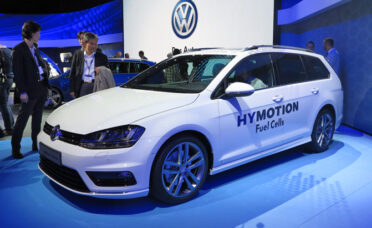 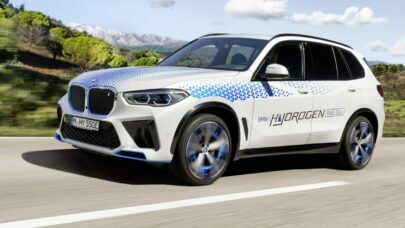 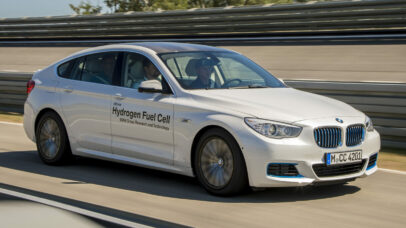 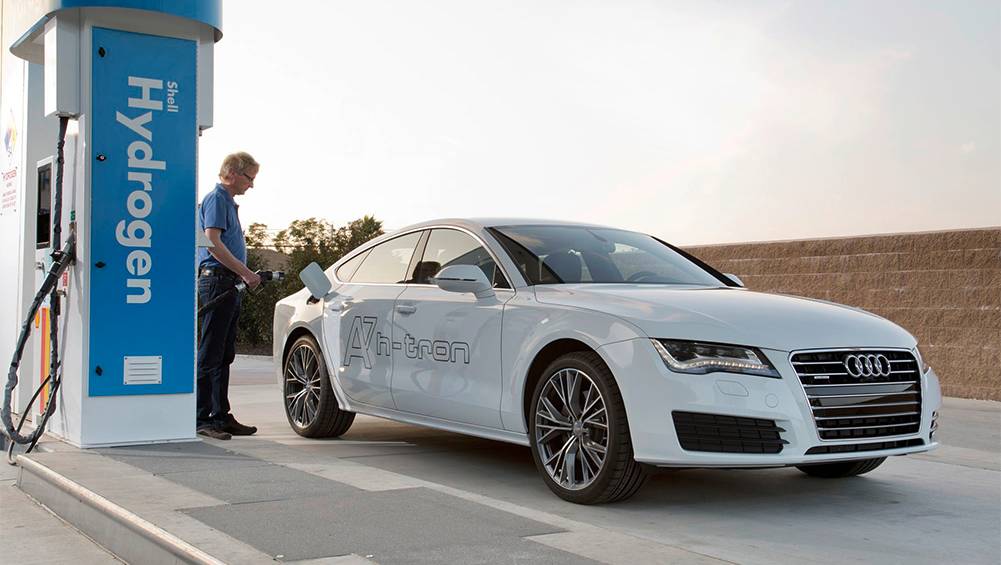 German brands have been testing the hydrogen mobility

In fuel cell technology, hydrogen combines with oxygen to produce electrical power. It is considered clean energy because the process only releases water and steam into the atmosphere. This makes the technology a good candidate for helping the world reduce its carbon emissions. However, most of the hydrogen produced worldwide is made using natural gas or coal – both of which cause pollution, which is a concern. But supporters of this technology expect that to change over time. They say the growing use of electricity from wind and solar energy will be able to separate hydrogen and oxygen in water. Those production methods however, are even more costly. 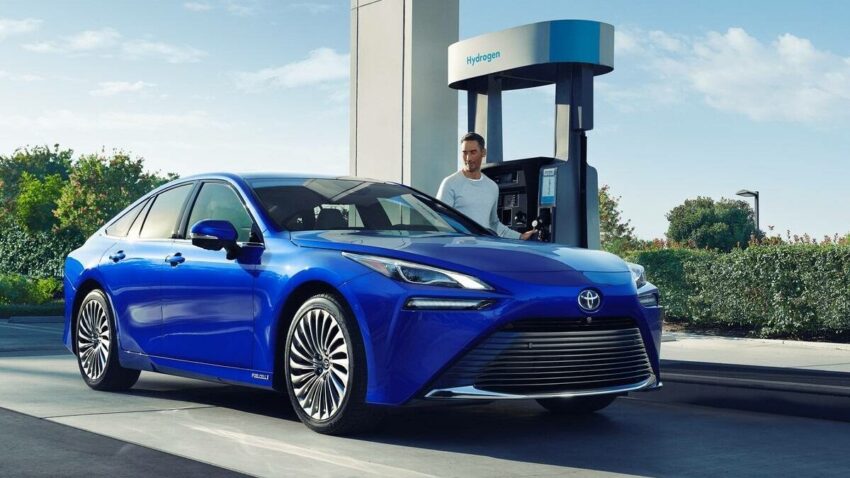 Hydrogen-powered vehicles have other advantages such as they can fuel up in minutes compared to much longer charging times required for EVs. But because the technology is so new, very few hydrogen filling stations exist. Typical hydrogen fuel cell cars have a driving range much higher than most EVs, however the ranges for EVs are expected to keep getting longer as battery technology improves.

Another major difference is cost since currently the FCEVs are around 65% more expensive than EVs. At the same time EVs are becoming more & more affordable but hydrogen-powered cars will take time to become common & within the reach of masses. Furthermore building infrastructure for hydrogen-filling stations is a daunting task itself. According to industry experts, these are all reasons why hydrogen-powered passenger vehicles have a long way to go, to effectively compete with EVs. But with leading automakers pushing their efforts to invest in hydrogen-powered cars, there will be an interesting battle between hydrogen & electric vehicles in future.