11th generation Toyota Corolla has officially become 8 years old in Pakistan. Indus Motor Company (IMC) had introduced this generation back in July 2014, so fast forward July 2022 it has officially entered its 9th year of production in the country.

Before this generation was introduced, the Altis used to be the top grade in locally assembled 9th and 10th gen Corolla models. However with the 11th generation Corolla, a new flagship variant called Grande was introduced which was in fact a top-spec version among all the available Altis variants. Initially in July 2014, only 1.8L Altis and Altis Grande variants were introduced, while lower-spec 1.3L variants including XLi and GLi were introduced a month later in August 2014. 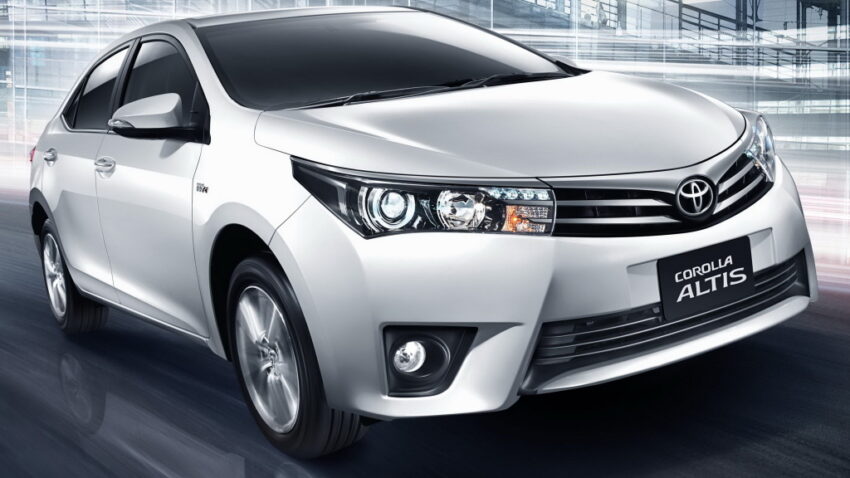 When launched in July 2014, the 11th gen Toyota Corolla variants were priced as: 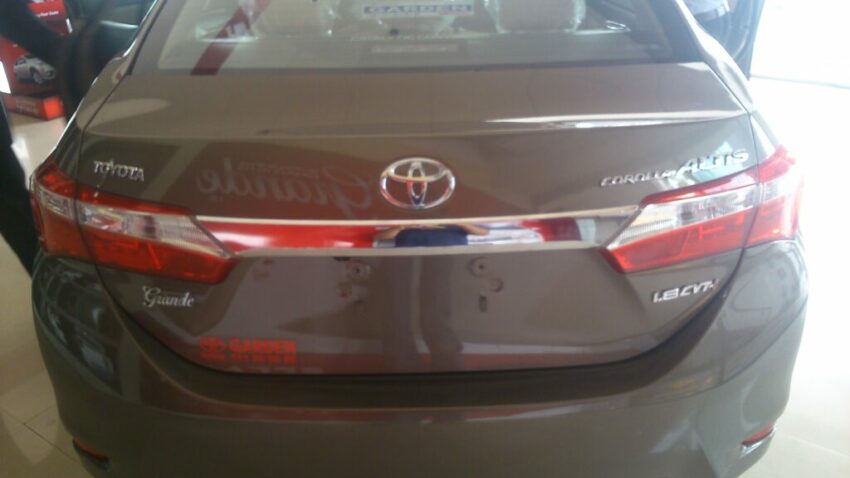 Altis Grande at display in July 2014

Later in August 2014, the 1.3L XLi and GLi models were added to the lineup. They were priced as: 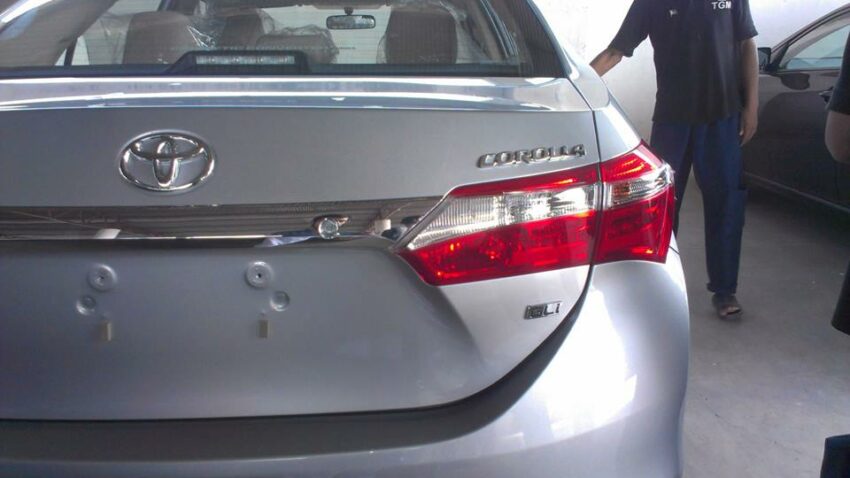 XLi and GLi launched in August 2014 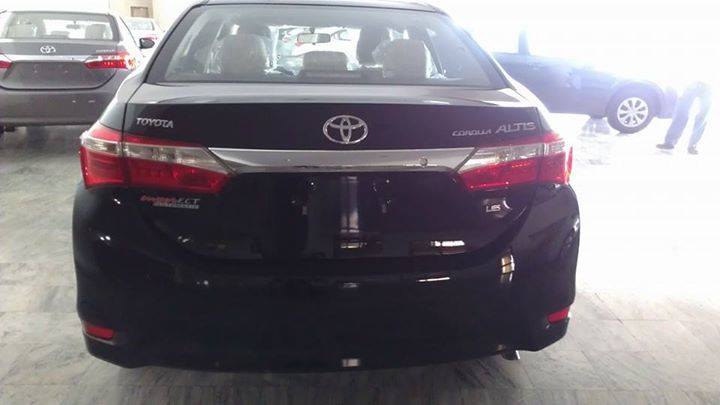 Toyota Corolla has enjoyed the status of being the highest selling sedan in Pakistan well before the local assembling started in 1993. Then in 2009 (during the reign of 10th gen Corolla), it surpassed Suzuki Mehran to become the highest selling car of the country. However things went from good to exceptional for Corolla when the 11th generation model was introduced. IMC was able to sell more than 50,000 units of 11th gen Corolla for 5 consecutive years, the feat which previously no other car and no other previous Corolla generation model has been able to achieve. The 11th gen model also helped Pakistan to become Corolla’s 4th largest market globally and the largest in Asia Pacific region.

During all these years, the 11th gen Corolla has received multiple facelifts to help the company make it look fresh. First facelift was introduced in August 2017 and the second in late 2020. A few more variants were added down the line including the 1.3L XLi automatic in 2018, the 1.6L Altis MT in September 2020 and 1.6L Altis SE in September 2021. However with the introduction of Toyota Yaris in 2020, the 1.3L XLi and GLi variants were discontinued. 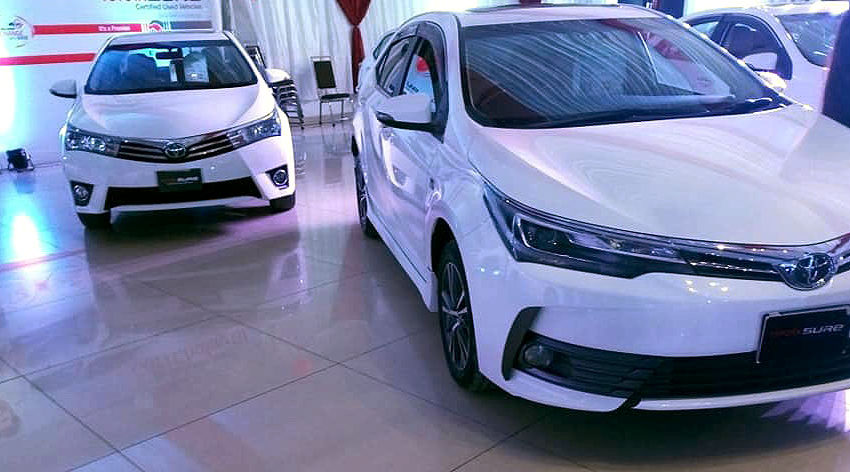 In terms of sales, the 11th gen Corolla was briefly dethroned by Yaris in 2020, however since October 2021, it regained the sales momentum to snatch its bestselling title back from Yaris. By February 2022, sales of 11th gen Corolla were soaring with numbers 48% higher than that of Yaris but then IMC decided to stop disclosing individual sales numbers of its two sedans. The company just like Honda, now presents sales figures of Corolla and Yaris as a combined number. 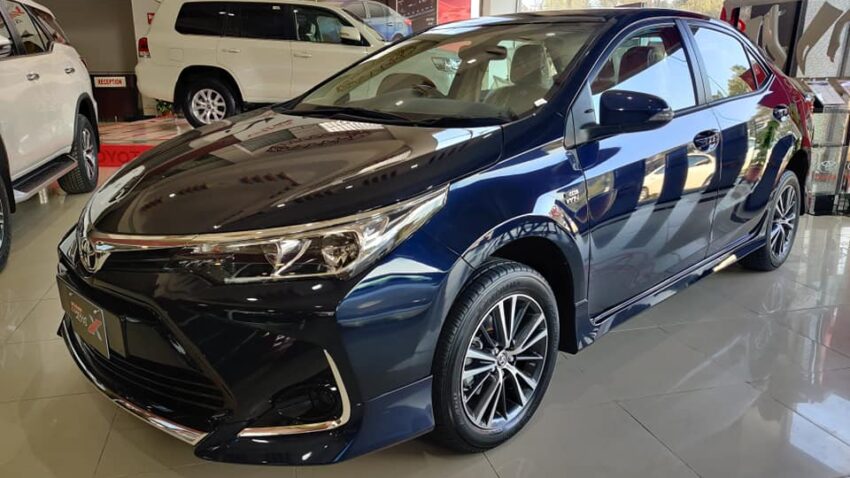 While Yaris is facing stiff competition from Honda City and Changan Alsvin, the 11th gen Corolla technically has no rival in its price range, since Honda Civic has become way pricier than the Corolla. Although Hyundai has launched the Elantra sedan with a smaller 1.6L engine which competes directly against the Corolla Altis 1.6L, still the sales numbers of Elantra are nowhere near to be considered as a threat to the Corolla.

Pakistan is currently the only market in the world where the 11th generation Toyota Corolla is still being assembled, keep in mind the 12th gen model that debuted back in November 2018 is more than 3 years old already and has started to receive a facelift in global markets. The 11th gen Corolla which has now officially entered its 9th year of production in our country, has sold more than 0.33 million units since it was introduced here in June 2014, but with soaring sales its highly unlikely that IMC will bring the new 12th gen model here anytime soon.