For EVs in China, The Future is Now

Zhang Youping, a Chinese retiree, purchased an all-electric, small sport-utility vehicle from BYD — China’s largest electric vehicle maker — at an auto show for around $20,000 last month. Her family has bought three ICE (internal combustion engine) cars in the last decade, but she recently grew concerned about fuel prices and decided to go electric “to save money.” A few months earlier, her son had also bought an EV which was a $10,000 hatchback from Leapmotor, another Chinese manufacturer.

This year, a quarter of all new cars purchased in China will either be an all-electric or plug-in hybrid. According to estimates, more than 350 Chinese companies are making EVs, ranging from discount offerings below $5,000 to high-end models that rival Tesla and German automakers. There are roughly 4 million charging units in China, double the number from a year ago, with more coming. 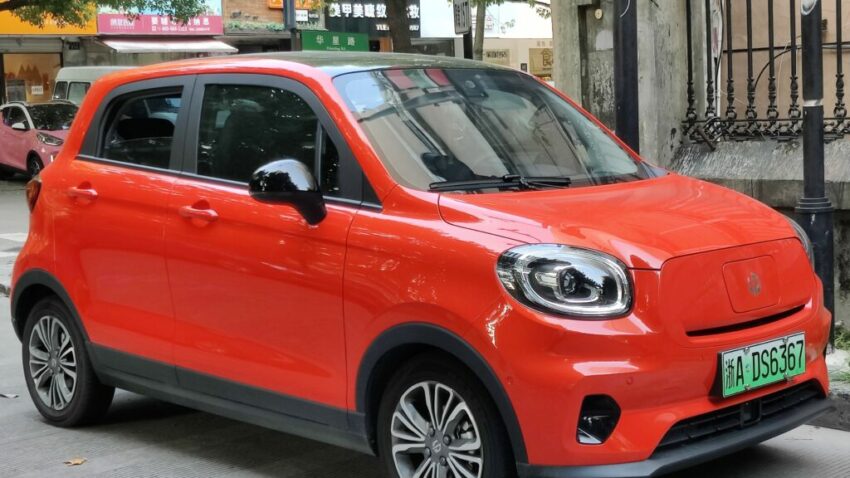 While other EV markets are still heavily dependent on subsidies and financial incentives, China has entered a new phase: Consumers are weighing the merits of electric vehicles against ICE cars based on features and price without much consideration of state support. By comparison, the United States is far behind. This year, the country passed a key threshold of EVs accounting for 5% of new car sales. China passed that level in 2018.

It took China more than a decade of subsidies, long-term investments, and infrastructure spending to lay the foundation for its electric vehicle market to start standing on its own. Tu Le, a managing director of the Beijing-based consultancy Sino Auto Insights, said competition and dynamism are now driving the Chinese market, not government subsidies. He said:

China’s top leader, Xi Jinping, declared in 2014 that the development of electric vehicles was the only way that his country could transform “from a big automobile country to an automobile power.” Underscoring its ambitions, China set an aggressive goal: 20% of new car sales would be electric vehicles by 2025. China will most likely fly by that target this year, three years ahead of schedule. Already the biggest EV market, China also has one of the fastest growing, with sales expected to double this year to about 6 million vehicles — more than the rest of the world combined. 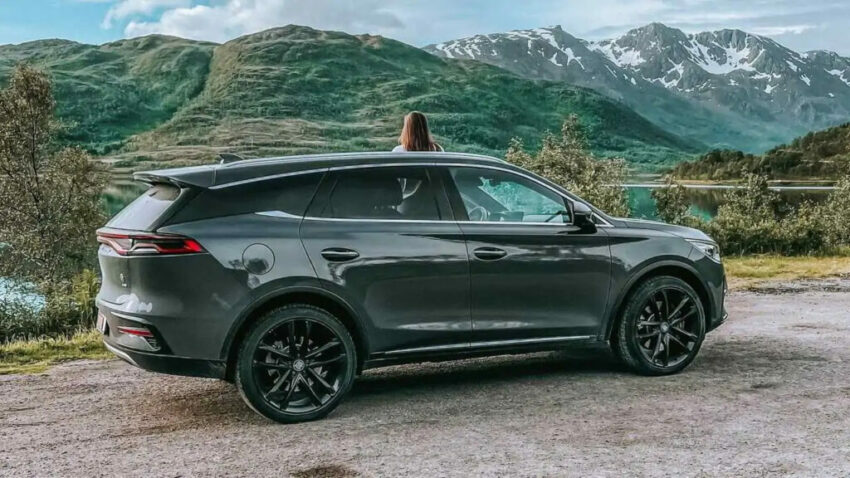 Of the world’s top 10 best-selling EV brands, half are Chinese, led by BYD, which surpassed Tesla to sell the highest number of electrified cars in the first half of this year and is rapidly stepping in various markets across the globe. And it’s not just the car sales that are thriving in China. The Chinese battery manufacturers CATL and BYD are the biggest players in the industry, while China holds a tight grip on access to critical raw materials.

Gou Chaobo, a 27-year-old employee at a construction firm who recently decided to trade in his ICE sedan for an EV, said financial incentives did not weigh on his decision to go electric. In Chengdu, the megacity in southwestern China where Mr. Gou lives and works, traditional cars are restricted from being on the road on certain days of the week to help reduce congestion and pollution. Electric vehicles, however, are free to come and go. For electric cars, parking is free for the first two hours at public parking lots. 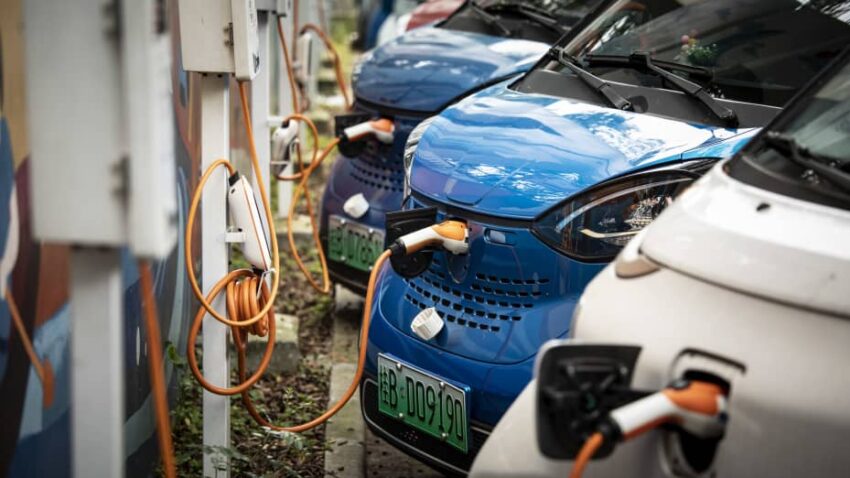 EVs in China being charged while parked

Mr. Gou said the cost of operating an electric vehicle, by his calculation, is less than one-tenth that of an ICE car. Once he settles on a specific automobile, he will also benefit from a government subsidy that can knock nearly $2,000 off the sticker price, depending on the EV. Also, the government will waive a 10% car purchase tax on “new energy” vehicles — a catchall phrase used in China that also includes plug-in hybrid cars.

Mr. Gou, who was checking out a midsize sedan from the Chinese brand XPeng at the Chengdu auto show, said he decided to go electric “because new energy is where the future is headed.” In other markets, electric vehicles from traditional automakers are often considered luxury vehicles, whereas Chinese brands are also competing with inexpensive models like the Wuling Hongguang Mini — a $4,500 four-seat hatchback that was China’s best-selling EV in 2021. 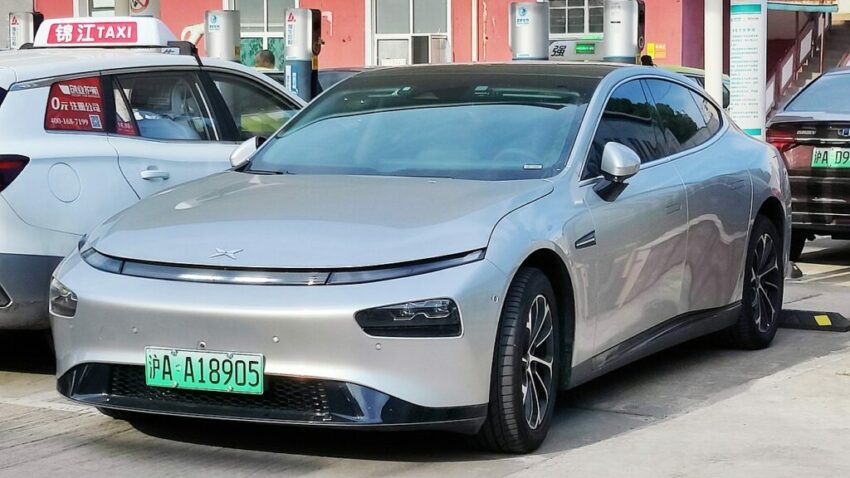 The country’s seriousness about developing electric vehicles was on display when it rolled out the red carpet for Tesla to build a massive factory in Shanghai in 2018. The move was seen as a way to force the domestic market to compete directly with an industry leader. Beijing allowed Tesla to become the first foreign automaker allowed to manufacture in China without a local partner and the Shanghai government helped foot some of the factory-building costs.

After some early stumbles and Covid lockdowns that hobbled its China operations, Tesla now produces more vehicles at its Shanghai factory than anywhere else. But a slew of Chinese competitors who are catering to local tastes are also churning out new models at a rapid cadence. Roughly 80% of all electric vehicles sold in China this year were made by domestic automakers. Most foreign brands have largely struggled to make inroads and keep pace with their Chinese competitors. 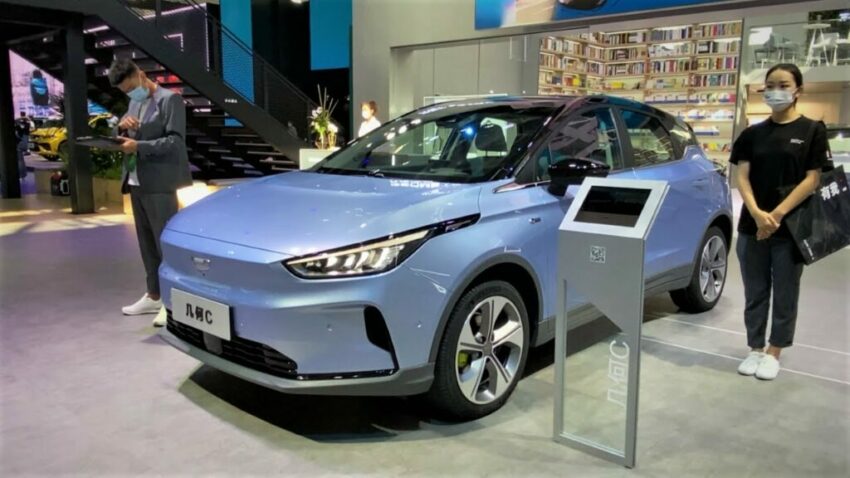 Last month, Geely Automobile Holdings, one of China’s most prominent automakers, with investments in Volvo Cars and Mercedes-Benz, said it aimed to sell as many electric and hybrid vehicles next year as traditional internal combustion engine models. Jason Low, a Shanghai-based principal analyst for the research firm Canalys, said Chinese EV brands have been more aggressive than foreign automakers in integrating new technologies into the vehicles, such as entertainment features and voice-activated controls.

Ms. Zhang, the retiree who bought an electric SUV, said she chose BYD because she preferred a bigger brand. She also considered some foreign electric vehicles, but the minimal features did not suit her tastes. Ms. Zhang said:

“There was thoroughly nothing inside. I don’t really like that design. It’s a bit different from our Chinese living habits.” 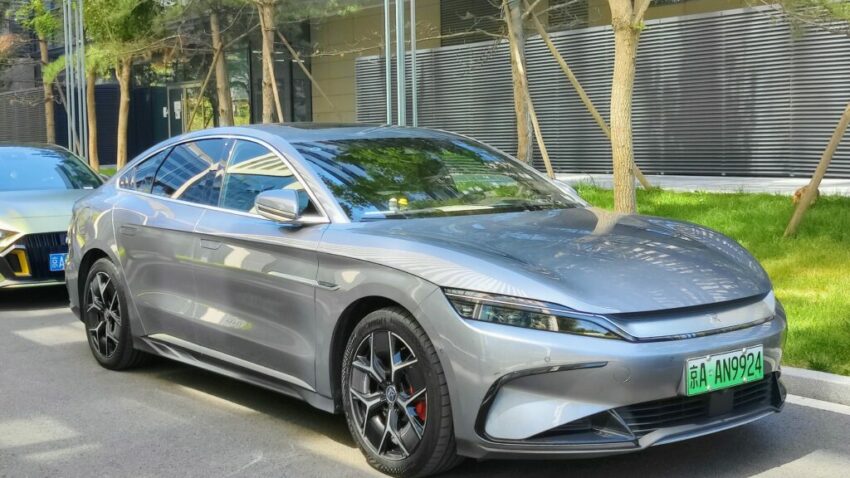 From the looks of it, China has already positioned itself at a dominating place in EV market. In terms of quality, features, performance as well as the number of car buying options it has to offer. Its only a matter of time when majority of those 350+ EV makers begin stepping out of China with quality electric cars loaded with high-tech features and competitive prices. The question is, will the global automakers be able to face such a challenge?